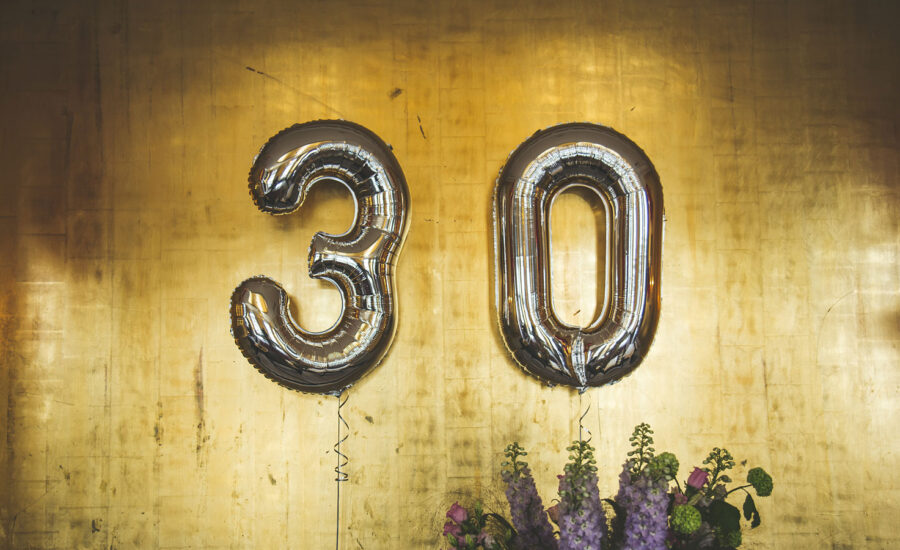 What’s the Rule of 30? And what does it have to do with income and retirement?

Photo by Johannes W on Unsplash

If you’ve never heard of the Rule of 30, welcome to the club. You may be hearing about it more though. This month, retirement expert and semi-retired actuary Fred Vettese is publishing a new book: The Rule of 30: A Better Way to Save for Retirement (ECW Press, 2021).

I thought initially this new rule sounded familiar: Back in 1998, another actuary, Malcolm Hamilton wrote the foreword for my co-authored book, The Wealthy Boomer, which talked about the Rule of 40, as it applied to mutual fund fees. The Rule of 30, however, is quite different.

In a nutshell, the 30 idea is a rule of thumb financial planners can use to guestimate how much young couples starting off on their financial journeys need to save for retirement. Rather than state something like save 10%, 12% or 15% of your gross (pre-tax) income each and every year, The Rule of 30 views retirement saving as occurring in tandem with daycare and mortgage repayment.

From the get-go, Vettese suggests young couples allocate 30% of their gross or after-tax income to those three major expenses: Retirement savings, daycare costs and mortgage payments. However, when starting out, they may have to save less in order to handle payments for daycare and the mortgage. Since daycare expenses are temporary after a few years or so (depending on how many children a couple has), once that expense has finished, they can ramp up the mortgage paydown and/or retirement savings. And if—ideally five years before retirement—the home mortgage is paid off, then couples can kick their retirement savings into overdrive by allocating a full 30%, or more, solely to building their retirement nest egg.

In a departure from his previous books, Vettese uses the pseudo-fictional approach first popularized by David Chilton in his perennially best-selling The Wealthy Barber. Vettese’s story, such as it is, revolves around a young couple named Brent and Megan, and their neighbour Jim, who is (conveniently!) a retired actuary.

In chapter 5 of the book, which formally introduces the Rule of 30, Jim says “You shouldn’t be bullied by retirement experts into saving more than you can afford … Saving for retirement will always involve some sacrifice, but there has to be a limit … If you pay more in a given year toward your mortgage, you should feel more comfortable contributing less that year into your RRSP. And vice versa.”

Asked why he adopted the much-imitated financial fiction approach [full disclosure: I succumbed to the same temptation myself in Findependence Day ], Vettese told me he didn’t plan it that way initially. “I did a first chapter using that format, then realized it’s a lot easier to write this way and it’s not as dry: it’s somewhat easier to read and to write. When you get a problem, a character chimes in.”

Vettese confirmed the reason the Rule of 30 was unheard of before is because he made it up. “You can quibble whether it should be the Rule of 31 or 32, and it could vary by age. But it doesn’t really matter. It’s for people early in their career, 30s to early 40s, who need a rule of thumb.” And it doesn’t matter if this guide is precise because by the time they reach their early 50s, they’ll need to replace it with a calculator like the one he created for Morneau Shepell (more on that below).

Since Hamilton is acknowledged in the book, I asked Hamilton for his impressions. “Setting aside the number 30 for a moment, I have always believed that middle-class Canadians who marry, buy a house and have children cannot reasonably expect to save much for retirement until after the age of 45,” Hamilton tells me via email, “There just isn’t enough income to cover mortgage payments, the cost of raising children and Canada’s heavy tax burden.” Child care expenses and mortgage payments are generally non-deductible.

“I like the principle embedded in the rule of 30,” Hamilton says. “The principle being that young families do not need to, and cannot afford to, do everything at once.” This is especially true for today’s young couples who live in cities where expensive daycare and high house prices force them to choose between having children and saving for retirement.

Vettese has clarified that “30%” refers to gross or before-tax income earned. Hamilton says Vettese likely used 30 as a representative number that is reasonable for people who are considered “typical,” if there is such a thing.

“In the real world, the number will depend upon family income, number of children, anticipated retirement age, where you live, interest rates, stock market returns etc. Knowing Fred, he has taken all of this into account; so I trust his estimate.”

A final point is that those already near retirement or at it don’t need to worry much about the Rule of 30. It’s more a concept for young couples just embarking on family formation, when Retirement seems far away. In fact, Vettese suggests that after about age 55, couples should forget about the Rule of 30 and use focused Retirement tools to evaluate their personal circumstances and retirement readiness. The book includes a link to a free tool at www.perc.morneaushepell.com called PERC, or Personal Enhanced Retirement Calculator.

MoneySense Investing Editor at Large Jonathan Chevreau is also founder of the Financial Independence Hub, author of Findependence Day and co-author of Victory Lap Retirement. He can be reached at jonathan@findependenceHub.com