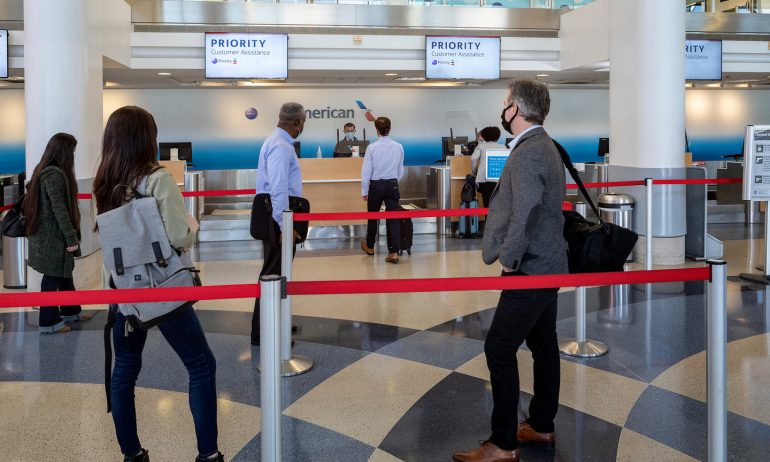 If you're an American Airlines AAdvantage elite member, you're hopefully well aware of the elite benefits you get when flying American . But you may not know there are 16 other airlines with which AAdvantage elite status holders get benefits.

Over the past few years, American has been aggressive about adding and enhancing partnerships. AAdvantage members can now get first-class upgrades on Alaska, free checked bags on JetBlue and bonus miles when flying intra-Brazil — and those aren’t the only airlines you can get AAdvantage perks with.

Take a look at all of the airlines that AAdvantage elites can benefit from flying, plus which perks you'll get on each airline.

Benefits when flying Oneworld airlines, broken down by tier

Perks vary based on your elite status level. As you move up the status tiers, you can expect to earn the same perks as the lower tiers, plus additional perks.

Unfortunately, not all Oneworld airlines provide all of the guaranteed Oneworld elite benefits.

AAdvantage members flying on other airlines can still earn AAdvantage miles and elite status credits based on the distance flown and the airfare booking class. American Airlines spells out the rates at which you earn these credits in earning charts .

In addition to these base earning rates, AAdvantage members can get elite mileage bonuses when flying on most Oneworld airlines at these rates. Only S7 Airlines and SriLankan Airlines are excluded.

In July 2020, American and JetBlue announced a new partnership that they've since dubbed the Northeast Alliance. This partnership has developed relatively slowly, but finally now includes several reciprocal elite benefits and mileage earnings .

In addition to earning bonus miles, AAdvantage elites get the following elite benefits when flying on JetBlue:

Note that the Northeast Alliance doesn't cover JetBlue's flights to London. So you will get these elite perks and mileage earnings only when flying to JetBlue's destinations in the U.S., the Caribbean, Central America, Mexico and South America.

In February 2020, American Airlines launched a new code-share partnership with Brazil's largest airline, GOL Airlines. AAdvantage members earn the same miles and elite credits on these GOL flights as if they were flying American. AAdvantage members can also earn miles when flying on GOL-marketed flights — including an elite status bonus for elite members.

In addition, GOL and American plan to add an "enhanced joint loyalty offering to give customers more ways to earn and redeem miles." Hopefully, this means the addition of award redemptions. However, for now, AAdvantage members enjoy elite status bonuses only when flying on GOL.

If you're an AAdvantage elite flying on partner airlines

AAdvantage elites get benefits when flying on 16 partner airlines. The perks you'll enjoy vary between airlines, so knowing the perks that you're entitled to can help when deciding which airline to fly.

Perhaps you avoid booking British Airways' "hand baggage only" fares and opt to fly transatlantic on American Airlines, Finnair or Iberia instead to use your elite free checked bag benefit. Or, when flying domestically, you'll know to prioritize JetBlue and Alaska over other options thanks to the reciprocal elite perks you get on both.

Keep in mind that not all airline agents will be aware of all reciprocal elite perks, so you may need to gently inform agents who won't let you use a stated benefit.