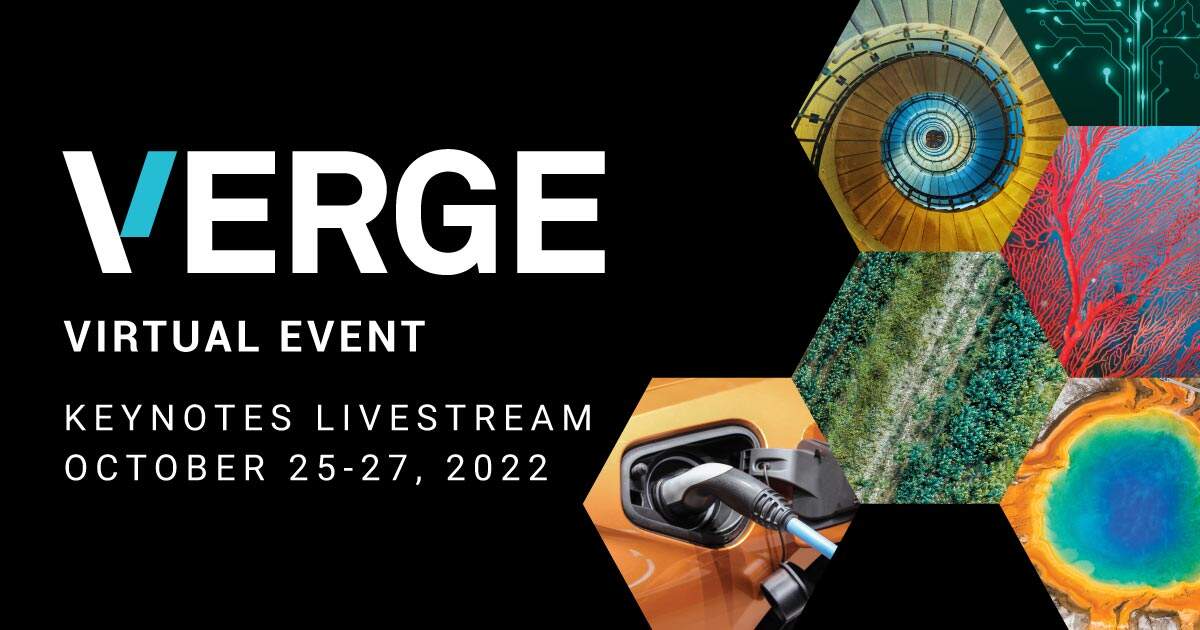 This article is sponsored by Amazon.

This week, about 4,000 business, government and entrepreneurial leaders are flocking to San Jose, California for VERGE 22 — a climate tech event with the goal of accelerating solutions for today’s most pressing sustainability challenges.

On Oct. 26, The Climate Pledge is kicking off VERGE 22 with an exclusive first look at Future Forward, six films to premiere in early 2022. Future Forward is a character-driven documentary series featuring people and businesses pioneering industry innovation on the front lines of climate change. Each film profiles visionaries fighting for their dream of a better world, the complex hurdles to igniting corporate change on a global scale, and a contagious hope and inspiration for the future.

The six films highlight Climate Pledge signatories — across industries from transportation and construction to agriculture and water — trailblazing paths to a cleaner future, demonstrating to other companies that a net-zero journey is possible and crucial, and inspiring businesses from all sectors and regions to make their own climate commitments and join the Pledge.

For a sneak peek at the film series, check out the Future Forward trailer:

If you’re attending VERGE 22, be sure to visit The Climate Pledge Stage in the Expo Hall to watch episodes of Future Forward followed by panel discussions with the climate leaders featured in the films. For episode and session descriptions, check out the list below and be sure to mark your calendars accordingly.

This short documentary delves into an innovative collaboration between Neste, a producer of sustainable aviation fuel, and the airline JetBlue. Watch the film to discover how JetBlue is integrating bio-based fuels into its operations, and then stick around for a conversation between the key players in this pioneering partnership.

The cement industry is responsible for 7 percent of global greenhouse gas emissions, and demand for concrete is constant. Yet one company has a blueprint for a future buildings sector that produces far less carbon. This second documentary premiere on The Climate Pledge Stage tells the story of the vision behind CarbonCure, a fast-growing startup with a solution to the world’s cement emissions. Following the screening, CarbonCure’s CEO will discuss his company’s progress and take your questions.

Farming is unpredictable. Droughts and heavy rain can wipe out a season of hard work. Even in good times, margins can be thin. So how can food companies persuade their suppliers, who are often understandably risk-averse, to experiment with the low-carbon techniques needed to reduce food system emissions? The third film premiere on The Climate Pledge Stage reveals how Unilever is partnering with Practical Farmers of Iowa to encourage regenerative practices across the state and beyond. Leaders from the company and its non-profit partner will take the stage after the screening to discuss the project.

Since its launch in 2020, Amazon’s $2 billion Climate Pledge Fund has invested in over 10 companies developing the technologies needed to transition net-zero emissions. The investments are deliberately broad, from low-carbon fuels to high-tech greenhouses and battery recycling. Visit The Climate Pledge Stage to hear from and connect with leaders from four ground-breaking fund companies that are building tomorrow’s low-carbon economy.

By 2025, half the world’s population could be facing water scarcity. Existing waterways are also increasingly polluted with plastic waste. And as with so many environmental issues, these problems are particularly acute in developing nations. In the penultimate documentary premiere on The Climate Pledge Stage, director Samia Khan-Bambrah reveals how Multi Bintang, an Indonesian subsidiary of Heineken, is working with local communities to safeguard springs and clear rivers of trash. Following the screening, Khan-Bambrah will join a conversation with leaders from Heineken and Matt Damon’s Water.org charity.

In 2019, Amazon approached electric vehicle manufacturer Rivian to talk about electrifying the company’s delivery fleet. This summer, just three years later, Amazon began rolling out the first of its 100,000-strong fleet of delivery vans. Our final film premiere on The Climate Pledge Stage highlights what it took to make such rapid progress, from design of the vehicles to roll-out of the charger networks. After the screening, leaders on both sides of the partnership will share progress updates and their learnings to date.