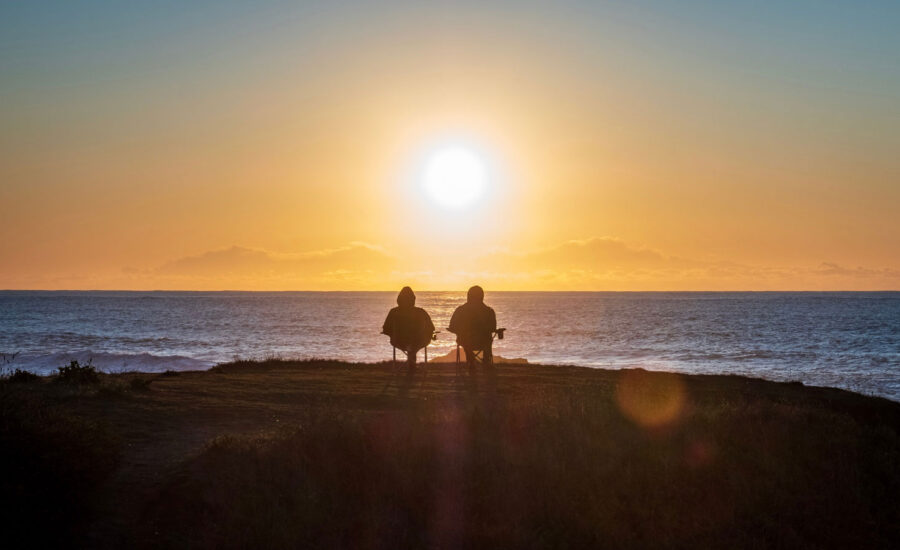 Has the pandemic ended the dream of retiring abroad?

Photo by Anukrati Omar on Unsplash

Before COVID-19 hit, a common dream was retiring abroad. For many Canadians, the enticement has been “geo-arbitrage,” which simply means moving to a place where the cost of living is lower than at your current home. Given that Canadian housing is so expensive, most places you might choose to retire abroad could work out cheaper, which in turn might make early retirement possible. But how has the pandemic and the lockdowns impacted this dream?

Pre-pandemic, this is where Canadians planned to retire abroad

Places like Mexico, East Asia or parts of Europe have relatively low costs of living in which average Canadians might be able to retire early, merely on the strength of Canada Pension Plan (CPP) and Old Age Security (OAS). Add in employer pensions and registered and/or unregistered savings, and that would be gravy on top.

Personally, we have not travelled since we visited Cuba early in 2020. Some trips long before COVID-19 were to scout out possible expat communities to relocate abroad. One place we strongly considered for retirement was Chapala, Mexico, and the nearby town of Ajijc.

Mexico could still be an option

I reached out to Akaisha and Billy Kaderli, who recount their journey to early financial independence and the places abroad they have lived in their blog RetireEarlyLifestyle.com and also released a second edition of their book The Adventurer’s Guide to Chapala Living.

“We believe retiring abroad is still feasible, without a doubt,” they tell me via email.

The number of countries to which North Americans can emigrate has been limited due to governmental pandemic restrictions, but Mexico has been gentler with constraints on travel within the country, says Akaisha. “With many people being locked inside their own country or afraid to travel, Mexico has been a breath of fresh air.”

Residency requirements in Mexico are amicable for Americans like Billy and Akaisha. “Even if one does not qualify, we know numerous people who have chosen the 180-day tourist visa and have lived in Mexico for years. They leave the country every six months to renew the visa and simply re-enter for another 180 days.”

The exchange rate between the U.S. dollar and Mexican peso has been stable, making the cost of living affordable and fun. Full meals of salmon, chicken or eggs benedict, including beverage and tip, run about US$10 per person, she says. “Medical care is accessible and reasonably priced. Travel by air or first-class bus is ridiculously economical.”

Another popular Mexican hotspot for Canadian expats is San Miguel de Allende. In a blog post from five years ago, I wrote about bumping into former Financial Post colleague Dean Cummer while in San Miguel. Cummer and his Canadian partner visited San Miguel early in their search for a place to retire but worked their way through other spots recommended by internationalliving.com, including Panama and Nicaragua. They sold their Toronto home and eventually settled on San Miguel. Apart from the lower cost of living, they were attracted to the city because of the warm weather and the arts scene.

When they visited Toronto this past summer, I lunched with Cummer to learn whether COVID-19 had changed their plans.

“We’re still smitten with San Miguel and Mexico and definitely consider it home. The city has changed in five years, though. It’s larger, has more amenities, better restaurants and even more tourists—it’s now a prime destination for Mexican nationals. And it’s retained its Spanish colonial charm. But growth threatens its small-town vibe. The cost of living is one of the highest in Mexico, but is still half of what it is in large Canadian cities.”

Is retiring abroad a good idea?

Mexico has no government assistance for those who lost jobs to COVID-19. Because many Mexicans live in cramped multi-generational housing, the pandemic ran rampant there, but Cummer could afford to self-isolate.

The country was locked down for several months in the early part of the pandemic. Safety measures—masks, social distancing—were enforced and the country opened up sooner than Canada due to Mexico’s mild climate and the ability to be outdoors.

“Most provincial plans allow multi-year absences with approval. Mark and I are filling these requirements—snowbirding—until we can re-apply for another long absence.”

Mexico has an excellent healthcare system, and there is less worry about running out of money here, he admitted. San Miguel has five hospitals serving 180,000 people, four of which are private. I asked Cummer if he would feel comfortable staying in Mexico indefinitely.

“I wouldn’t have any qualms about staying in Mexico till the end of my life.” However, poor sidewalks, cobblestone streets and lack of infrastructure like ramps makes mobility a challenge for the elderly, he says. “On the other hand, the Mexican culture takes very good care of their elders.”

I asked where they would have ended up, if they couldn’t settle in Mexico. “At one point we were set on Nicaragua, but the political situation there has changed so much. There’s no way I’d retire there now. Another place we considered was the south of France. Not the French Riviera, which is very expensive, but other parts of France. Costa Rica was also a good possibility.”

The issues of being retired abroad during the pandemic

The value of your retirement income

“Retiring abroad is still very feasible both financially and practically in a post-COVID world,” says Bob Lai, publisher of the popular FIRE blog Tawcan, where he writes extensively on geo-arbitrage. “It is certainly going to be cheaper to live in places like Southeast Asia or some Western European countries. … Instead of needing $65,000 a year in retirement, you may be able to get away with say $40,000 a year,” says Lai. “This would accelerate your retirement timeline and give you more margin of safety.”

Retirement abroad is still financially possible in the COVID-19 era, but “it depends on what retiring abroad means to you,” says wealth advisor Matthew Ardrey, of Toronto-based TriDelta Financial. Some seek warmer climes or a return to their country of birth, but any analysis of financial feasibility may not be able to account for unique negative financial surprises, such as the rate of inflation reaching 50% in Argentina.

How long you can stay abroad

The biggest uncertainty, Lai says, is the limitations that different countries can impose. If you have permanent resident status in the country you aim to retire in, that might be OK. But if you have an extended stay as a visitor, you can be forced to leave. For example, visitors used to be able to stay in Panama for 180 days: then the clock resets once you’re out of the country for 30 days. Panama just imposed a 90-day stay limit for visitors.

Another important factor is healthcare. “With COVID-19, you’re better off staying in Canada and relying on Canadian healthcare,” says Lai. And there’s the pandemic to consider, too. “Who knows what would happen to your healthcare coverage if you’re staying in Malaysia, Vietnam or Thailand and there’s a huge case spike? If you are relying on self-bought travel health insurance, the insurance company may change their policy so that you’re no longer covered if you were to get COVID-19.”

Mark Seed, who runs the myownadvisor blog, suspects COVID-19 has caused some considering geoarbitrage to rethink their healthcare needs. He doesn’t think the dream of retiring abroad is over but believes health may trump other considerations.

“I don’t see any happy semi-retirement, retirement or dreams of living abroad of value without your health,” says Seed. “It’s important to consider any ‘exit’ strategy should folks need to leave a country for any reason in short order.” He encourages anyone living aboard to develop strong local ties to expat community groups, as a support network should they need it.

The ability for family to visit

Adrian Mastracci, portfolio manager with Vancouver-based Lycos Asset Management Inc., says the dream of retiring abroad is “still alive and well” but the reality of COVID-19 and its constantly-changing rules affect anyone brave enough to venture abroad.

“Travelling to and from Canada via foreign destinations has more challenges, and health insurance coverage may become costly or not available,” says Mastracci. “Even if you do find a permanent new home abroad, your family may have difficulties visiting you.”

Also, retirees are shortening trips, Mastracci says, spending perhaps a month in Paris instead of years in a foreign location. “Nothing is easy anymore. Even for seasoned travellers. Becoming a non-resident has its own peculiarities so the dream is effectively over for most.”

I asked if he had any clients that have changed their views on retiring abroad since the pandemic hit. “Yes, it becomes an unpleasant process when there is one hill to climb after another,” he says. “The client’s family soon gets tired of the continuous stream of obstacles that are difficult to resolve. They just give up. However, they will still pursue any ray of hope of making it happen.”

The tax implications in Canada and abroad

Ceasing your Canadian residency may mean triggering deemed dispositions on non-registered assets and possible capital gains tax on your final Canadian tax return, Ardrey cautions. Not all retirement plans are treated equally: “The TFSA is tax free here, but it is not recognized by the U.S., so any income or gains earned in it would be taxable to an expat Canadian.” If you leave Canada for more than six months, and certainly if you cease Canadian residency, you may be ineligible for healthcare. So it’s important to research eligibility rules in the new country and/or the need for health insurance. “I still believe it is possible to retire abroad; however, due to COVID, the considerations in the decision-making process have certainly multiplied,” says Ardrey.

MoneySense Investing Editor at Large Jonathan Chevreau is also founder of the Financial Independence Hub, author of Findependence Day and co-author of Victory Lap Retirement. He can be reached at jonathan@findependenceHub.com .