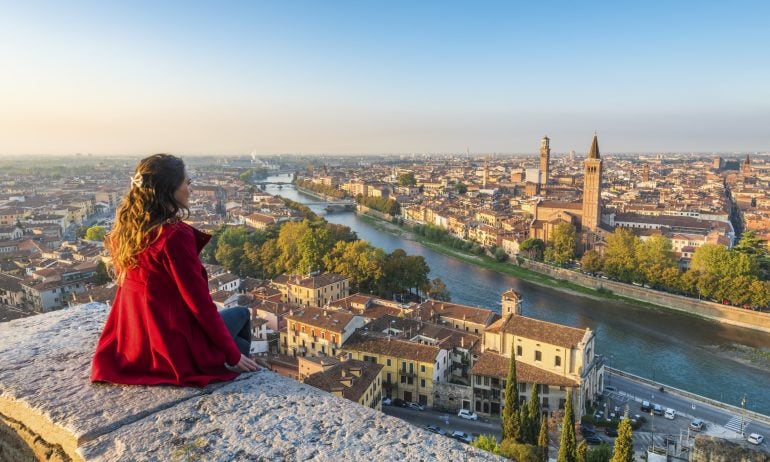 Several loyalty programs from international airlines offer much better award pricing than their U.S. partners. And you might already have access to book these awards by utilizing the transfer partnerships these airlines have with AmEx, Chase, Citi and Capital One.

Let's look at six of these overlooked cheap flights to Europe that you can book using points and miles.

If you're looking for the absolute cheapest mileage cost for flights to Europe, look no further than Virgin Atlantic . Economy award flights price as low as 10,000 Virgin points each way on off-peak dates on routes between the U.S. northeast and the United Kingdom.

The downside with this sweet spot ? Virgin Atlantic can charge hefty fees that cut into the value of the award. For example, you can pay just 10,000 points to fly one way from Washington, D.C.-Dulles to London-Heathrow. However, you'll incur $150.30 in taxes and fees.

You can also upgrade to premium economy on these routes for as few as 17,500 points each way. However, premium economy has even higher taxes and fees — like this flight where fees are $325.30 one-way from Washington, D.C. to London.

Flights from the U.S. Midwest or South to the United Kingdom cost just a bit more. Off-peak dates start at just 12,500 points each way in economy or 22,500 points in premium economy.

Finally, Virgin Atlantic one-way flights from the U.S. West Coast to the United Kingdom start at just 15,000 miles — that means you can fly from Los Angeles to London for just 15,000 points each way.

Virgin points are easy to get. You can transfer points at a 1:1 ratio from American Express Membership Rewards , Chase Ultimate Rewards®, Citi ThankYou Points and Bilt Rewards. You can also generate Virgin points by transferring Capital One Miles to Virgin Red at a 1:1 ratio.

Virgin Atlantic also offers excellent award pricing on its partners Air France and KLM. You can fly from the East Coast of North America to western and central Europe for as few as 12,000 Virgin points each way. 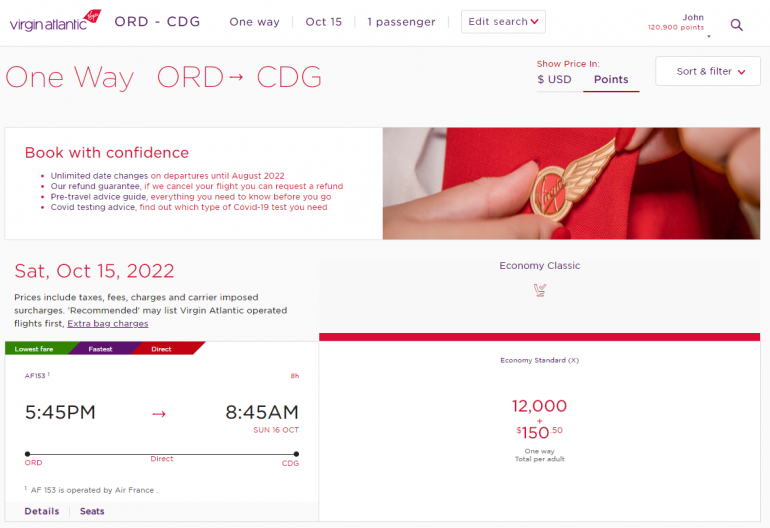 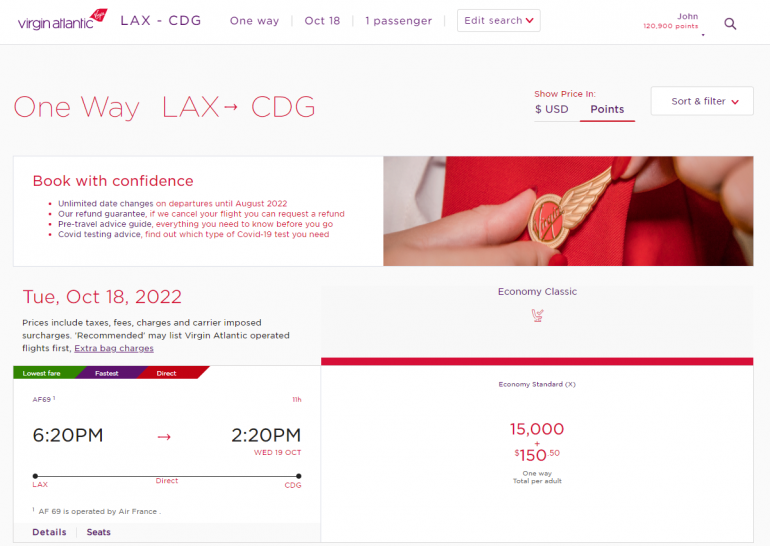 Note that some routes have lower taxes and fees than others. For example, Virgin Atlantic charges only $22.30 in taxes and fees to fly from Minneapolis/St. Paul to Paris. 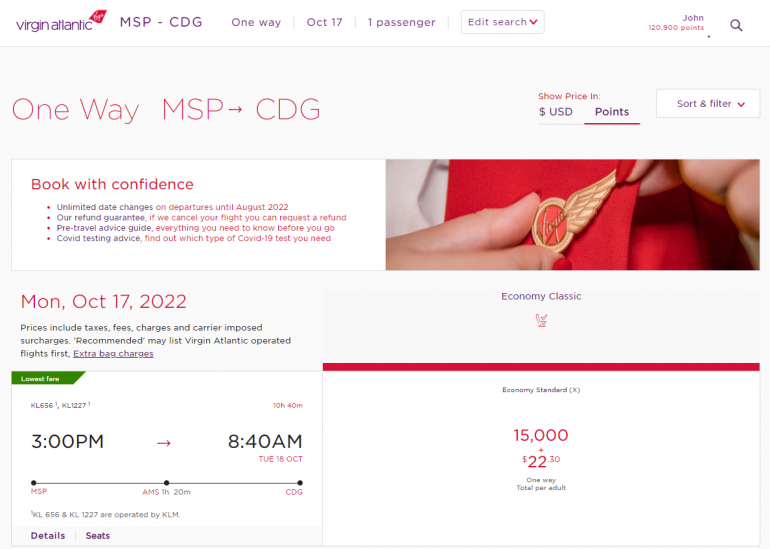 The next-cheapest flights to Europe you can book with points and miles require using British Airways Avios. You can fly between the Northeast U.S. and the United Kingdom or Ireland on off-peak dates for just 13,000 Avios each way — such as from Chicago to Dublin. 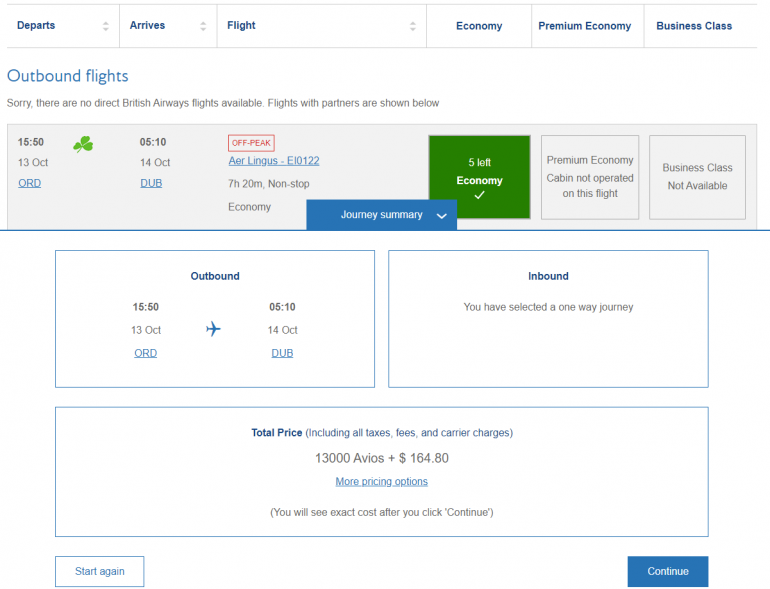 The key to this sweet spot is to find a nonstop route under 4,000 miles in distance. That covers routes including:

On British Airways' hidden award chart , routes between 4,001 and 5,500 miles in distance cost 16,250 Avios each way on off-peak dates. That's enough distance to cover most other routes between the U.S. and the British Isles — such as from Los Angeles to London-Heathrow. 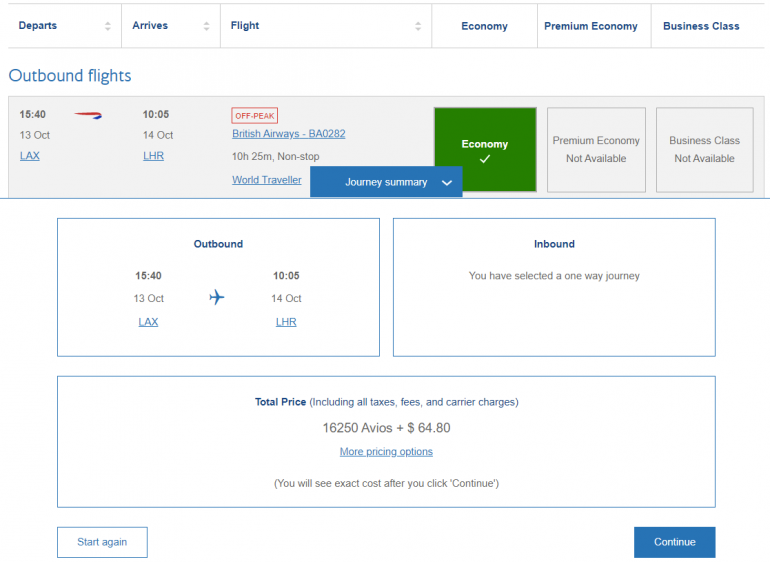 To take advantage of this sweet spot, transfer points to British Airways at a 1:1 ratio from American Express Membership Rewards, Capital One Miles or Chase Ultimate Rewards®.

For example, at the time of writing, you can book award flights from Denver to Dublin, Ireland, for just 16,125 Flying Blue miles. 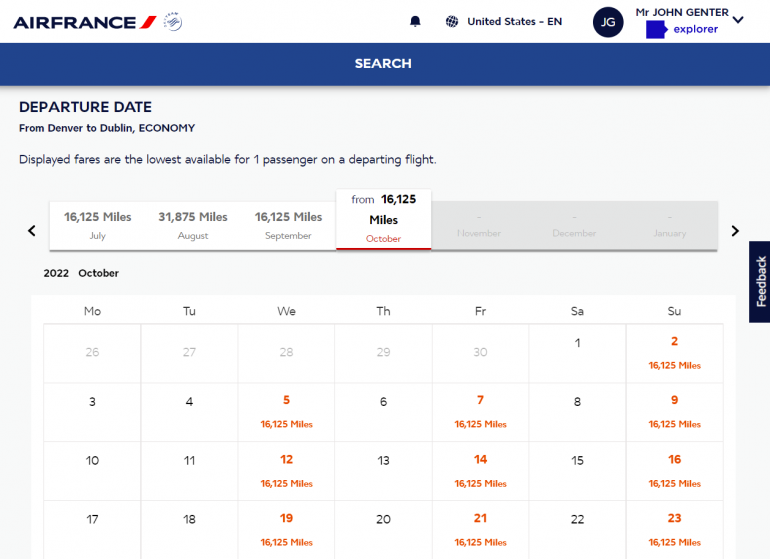 Another overlooked cheap award flight to Europe is Iberia Plus' sweet spot for nonstop Iberia award flights to Spain. During off-peak dates, you can fly between the East Coast or Midwest U.S. to Spain for just 17,000 Avios each way.

That's just decent compared to some of the other sweet spots we highlighted in this post. However, the deal gets better the farther forward in the plane you want to fly. You can fly in premium economy for just 25,500 Avios or business class for just 34,000 Avios each way. That's the cheapest business class award flight to Europe that we can find.

You can get Iberia Avios by transferring points at a 1:1 ratio from American Express Membership Rewards, Chase Ultimate Rewards® or other Avios points programs (British Airways, Aer Lingus, Qatar).

We've found the cheapest way to fly United to Europe (considering both miles and taxes and fees) is by using LifeMiles. Avianca's mileage program charges as few as 18,000 LifeMiles each way for award flights to Europe — such as from Washington, D.C.-Dulles to Amsterdam.

That route is a bit of a pricing quirk. Based on the LifeMiles award chart, flights from the U.S. East Coast to Western Europe should cost 20,000 miles each way. And that's the price you'll find on most qualifying routes, including Newark to London. 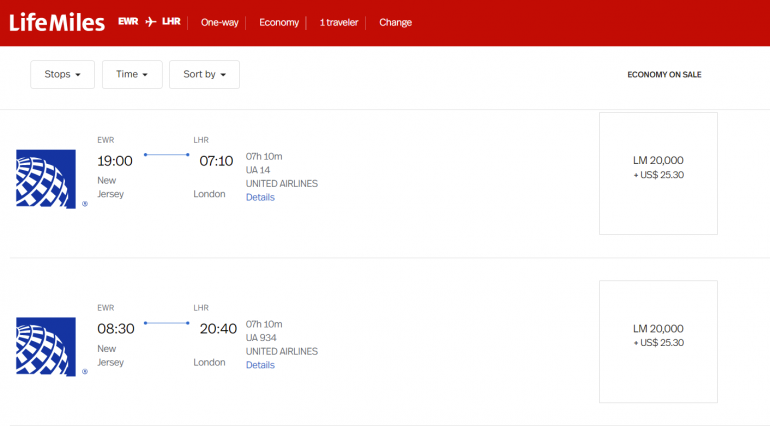 Although that mileage cost is higher than other sweet spots highlighted in this post, this LifeMiles sweet spot has two significant advantages. First, you don't have to book during off-peak dates to get this cheap of an award rate. Also, you don't have to pay high taxes and fees to take advantage of this sweet spot. For example, taxes and fees on the award highlighted above total just $25.30.

LifeMiles are also an easy mileage currency to accumulate. You can transfer points 1:1 to LifeMiles from AmEx Membership Rewards, Capital One Miles, Citi ThankYou Points and Brex Rewards.

If you're looking for cheap award flights to Europe

Don't just check U.S.-based airline loyalty programs when searching for award flights to Europe. Many international loyalty programs can provide excellent redemption rates — particularly on flights between the U.S. and Europe. In this post, we highlighted six examples where the award price was under 20,000 miles each way.

Make sure to stay aware of off-peak date restrictions and the high fees some loyalty programs can charge. Still, it's worth pricing out your options to see if one of these alternative programs provides such a good deal that it's worth paying a little more out-of-pocket.