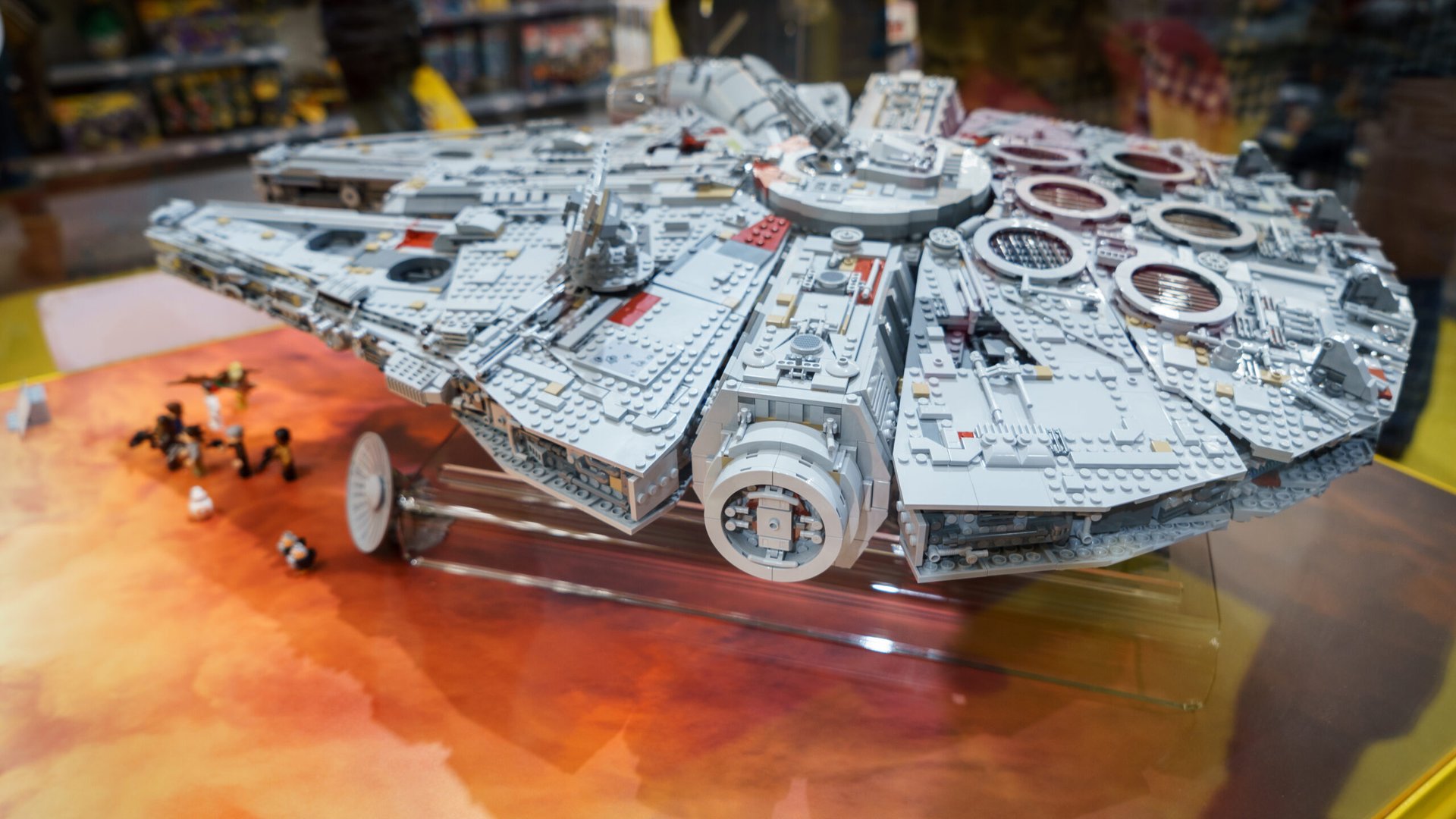 10 Lego Sets That Can Resell for Thousands of Dollars

When I was a kid, an afternoon of pure bliss required only three things:

And though my taste in beverages and TV has changed, I still love those little interlocking bricks.

Today, Lego is more popular than ever, with some rare sets reselling for big bucks. If you have boxes of Legos collecting dust somewhere, it may be time to do some digging.

Here is a list of valuable Lego sets with their corresponding set numbers. The resale prices on sites like eBay were accurate as of the time this article was written but tend to change often.

The Star Wars franchise is a collecting category all its own. And in 2007, Lego delighted sci-fi fans by issuing its Ultimate Collector’s Millennium Falcon set.

The Millennium Falcon specs are impressive. The 5,195-piece kit is the largest Lego set ever produced. When fully assembled, the ship measures 33 inches long and 22 inches wide.

As Yoda would say, “Enormous, that is!”

Today, the resale value is just as impressive. An unopened Ultimate Collector’s Millennium Falcon set like this one on eBay can sell for as much as $7,000.

According to Brickset, the internet’s primary authority on all things Lego, Café Corner was introduced in 2007 as part of Lego Creator Expert sets.

Although it originally retailed for $139.99, Café Corner has become a hot property. Used sets now sell for about $1,800 online, and this unopened set recently listed for $2,875 on eBay.

Part of the Lego Factory brand, Market Street was originally designed by Lego fans. The 1,248-piece set could be combined with Café Corner and other kits to create an entire neighborhood.

When released in 2007, the set retailed for $89.99. But like all good real estate, Market Street has appreciated in value. According to BrickEconomy, a site that tracks the market value of Lego sets and accessories, a new, factory-sealed set recently was worth $3,500, although values fluctuate.

Released in 2009 for the retail price of $249.99, the Lego Grand Carousel featured full remote-control functionality that allowed the completed model to rotate and play music.

Because of its impressive engineering, Grand Carousel has a high resale value. Used sets can go for about $900 on eBay, but this unopened set sold for over $2,900.

Limited edition Legoland Train sets were never available for retail sale. Instead, they were presented as gifts to attendees of the 2014 Lego Inside Tour in Billund, Denmark. And based on current values, these rare gifts keep on giving.

According to BrickEconomy, a Legoland Train set in factory-sealed condition recently was worth nearly $2,600 today. Choo choo!

This one’s an oldie. King’s Castle was released in 1984 and, with 674 pieces, was considered an enormous set at the time.

According to Brickset, King’s Castle originally retailed for $52.75, but prices have gone up — royally. This unopened set is for sale for $3,400 on eBay.

Lego’s Taj Mahal was released in 2008 and originally sold for $299.99. With 5,922 pieces, builders could replicate every arch, spire and dome of the marble masterpiece in India.

Factory-sealed sets of the Lego Taj Mahal are in high demand by collectors, with sets selling for $600 or more.

Although it originally retailed for about $200, a set in mint condition like this one on eBay can sell for as much as $1,300.

Lego released its Airport Shuttle set in 1990. When complete, the 767-piece model featured a looping track and battery-powered monorail train.

Airport Shuttle originally retailed for $140, but this used set recently sold for $2,192 on eBay.

Released by Lego in 2000, the Star Wars TIE Interceptor set was part of Lego’s Ultimate Collector Series. The 703-piece package originally retailed for $100.

According to BrickEconomy, the set’s value is increasing nearly 8% each year. As of this writing, factory-sealed sets are worth a truly galactic $1,199.