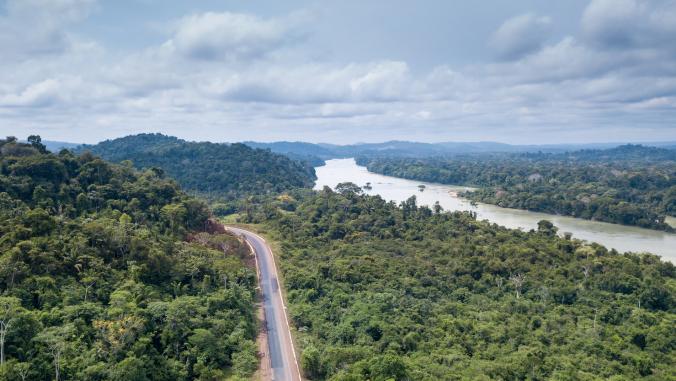 The cold chain is a system that’s complex, finicky and expensive — both in money and emissions. It is expected to grow to $608.4 billion in 2027; research already suggests it is responsible for 3.5 percent of greenhouse gas emissions in developed economies. But the cold chain is the lifeblood of the food system, allowing items to be shipped far beyond where they are grown or made and ensuring food lasts much longer without spoilage.

Packaged food startup Farther Farms, backed with $10 million in capital from the National Science Foundation and other investors such as Shake Shack COO Zachary Koff, has created a new food preservation process that it hopes could make the cold chain moot for traditionally frozen or refrigerated packaged food products.

Its first product, a precut, ready-to-fry French fry, uses a CO2 food pasteurization technology to keep the fry shelf-stable for months without requiring a freezer or refrigerator. The company is selling to restaurants such as The Hideaway in Rochester, New York, and the farm-to-table restaurant Heritage 147 in Larchmont, New York, as well as other distributors such as Endico Potatoes in New York City. The company is initially focusing on the French fry but plans to explore preserving other food products this way in the future.

Farther Farms said the process it uses is similar to a typical pasteurization process for milk or canning that uses hot water and steam. Instead, it uses the supercritical phase of CO2, when the molecule is both a gas and a liquid at the same time. (Schrödinger's carbon, anyone?) The pasteurization is done under high pressure but moderate temperatures, unlike high-temperature steam pasteurization.

By using CO2, there is less damage done to the food product due to the shorter processing time and reduced heat, according to Farther Farms. The CO2 also protects foods’ integrity and ensures food safety and extends shelf-life without the need for artificial preservatives, the company said.

According to Farther Farms, the technology can work on many types of ready-to-cook foods, including fruits and vegetables, liquid and semi-solid foods, and meat and plant-based meat alternatives.

Farther Farms preps the potatoes into French fries, and salts and blanches them before loading the fries into a large pressurized cylinder for pasteurization. The French fries are then vacuum sealed for shipping.

The company, which initially touted a 90-day shelf life for the fries, has recently extended that timeframe to 120 days. Farther Farms CEO Mike Annunziata hopes the technology can eventually be used to extend the shelf life of certain foods to up to one year, without requiring refrigeration or a freezer.

"It unlocks some really interesting new market opportunities when you think about long-term sustainability and accessibility in markets like Africa, Asia and India, where there are constraints on supply chain," he said.

Not needing a freezer unlocks new market opportunities in Asia, Africa and other regions.

But it’s also important for smaller high-end restaurants such as Heritage 147. The farm-to-table restaurant adheres very closely to its sustainable mission; only using local or domestic ingredients that were spruced and made sustainably. Richard Perez, owner and chef of Heritage 147, has customers asking for french fries but couldn't find a french fry supply that met his sustainability check boxes until a friend introduced him to Farther Farms.

"The fact that it’s shelf stable and not frozen is a huge one for us," Perez said. "And especially for a smaller place that sells a lot, I don't have the freezer space. So to have a shelf stable, locally sourced french fry for us was a win all around. And on top of that, it tastes great."

Of course, there’s an inherent irony that to reduce CO2 emissions, Farther Farms is using CO2 — but that also presents an opportunity. The process works in a closed-loop system where the CO2 can be reused in perpetuity. And while currently, the company is buying CO2 from a food-grade manufacturer of the gas, Annunziata hopes that in the future Farther Farms will explore ways of capturing it from the atmosphere.

But research and development for an innovative new process are expensive. Farther Farms’ shoestring fries cost $40 for 30 pounds (and is sold out as of publishing). Traditional frozen French Fries sell for between $20 and $30 for 30 pounds. The company is studying ways to reduce the costs of packaging, processing and transport so its product can be competitive with traditional frozen products, Annunziata said.

But he also thinks some in food service might be willing to pay a premium for a product that doesn’t take up space in their freezes, won’t go bad, reduces energy costs and decreases their emissions.