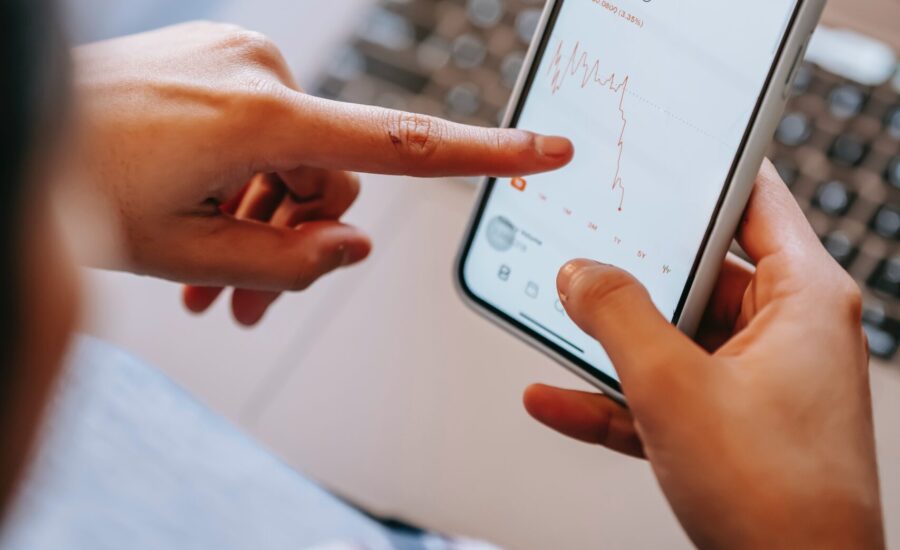 Making sense of the markets this week: September 27, 2021

Photo by Liza Summer from Pexels

What was behind this week’s “mini-crash”

The big story of the week fizzled out. Investors had been taking a breather over the last month or so, with markets down slightly over the period. U.S. stocks dipped  just over 2% for the month, heading into this week. Then came a “mini-crash” on Monday, Sept. 20, with stocks falling by some 3% from the close on Friday, Sept. 17, giving us the first 5% correction in 2021.

Here’s a one month chart for the SP 500 ETF, ticker IVV, courtesy of Seeking Alpha.

The main source of concern was the imminent collapse of Chinese property developer Evergrande, which has been scrambling to raise funds to pay its lenders, suppliers and investors. It has $305 billion worth of bills (liabilities) coming due, and that’s stoked fears of contagion and broader risks to the financial system.

There was and is fear of a Chinese Lehman situation. That’s the bankruptcy (largest in U.S. history) that started the cascade of carnage known as the great financial crisis. As an aside, I remember it well, as I was working on a U.S. bank client at the time—ING Direct U.S.—and became one of the employment casualties. (Here’s a tip: Don’t work in the financial industry during a financial crisis.)

David Rosenberg, the Canadian rockstar economist, offered on CNBC that the Evergrande/Lehman comparison is unfounded.

Even so, many wonder what might lurk beneath the surface of the Chinese real estate and financial markets. Is Evergrande the tip of an economic iceberg? Rosenberg goes on to discuss the general weakening in the Chinese and global economies.

And there was more than Evergrande to keep investors on edge.

There are concerns about the regulatory environment in China. Plus, we have soaring energy prices and fears of an energy crisis, as we mentioned last week. There’s the ongoing debate about whether inflation is transitory or sticking around for a while. And can central banks begin tapering their bond buying programs without sending shock waves through the stock and bond markets?

In this post we covered the question of what is a taper tantrum and what is QE (quantitative easing)?

All said, “buy-the-dippers” showed up right on schedule, taking markets up about 3.5% from the low of the week (for U.S. stocks). Canadian stocks rallied in similar fashion, led by energy stocks that are on a tear for the month.

Given the excessive valuations for the U.S. stock market, I think a real correction would be healthy. But that real correction seems illusive. But margin calls would drive a stock market correction into meaningful territory. Let me explain: Leverage (borrowing to invest) is at outrageous levels. Corrections in any asset price are often accelerated by margin calls. That’s when the broker gets nervous about an impending correction and sends you a note telling you it’s time to pay up. Investors often have to sell assets to pay the tab. That increased selling can put further downward pressure on the markets and that can beget more margin calls. It becomes a vicious circle, a downward price spiral.

I asked Lance Roberts (no relation), chief strategist at RIA Advisors, at what level of correction we would normally see the margin call cascade begin. Roberts said that happens at the 20% pullback level.

While we can’t time the markets, this may be the right moment to remind you to stick to your rebalancing schedule: Trim those stocks and other assets that are driven to new highs to keep your allocation targets in check. And, of course, keep any capital gains and tax issues in mind.

If we get to that 20% correction level and then experience a margin call event, be ready to move in the other direction. You might get the opportunity to buy at margin-sale prices.

The U.S. Federal Reserve was not expected to announce any major policy change at the conclusion of its meeting on Wednesday, Sept. 22. And Jay Powell, the Federal Reserve Chair, did not disappoint when given the opportunity to say nothing. Of course, there is no rate increase, nor is there any date or clarity on when they might start to taper their bond purchases. Those bond purchases help to suppress rates and overall borrowing costs.

It was a whole bunch of nothing, and that’s just what the market ordered. But, remember, the Fed speaks in code, and market watchers dissect and translate the specific language used by the Chair, and from the Fed’s larger statements.

Market makers are looking for language that is either more hawkish or dovish. Hawkish policy or tone tends to focus on controlling inflation as a primary goal of monetary policy. Dovish policies are more concerned with promoting economic growth and job creation.

Hawkish means taking away some of the punchbowl known as stimulus. While there was a slight hawkish bent, we could call it hawkish extra-light.

Soft language was used—such as “taper may soon be warranted.”

And the central bank would begin to remove its accommodative policy when “substantial further progress” was made toward achieving full employment.

And when trying to not spook the markets, it is very important to throw in a few “ifs.” Such as the central bank said in its statement: “If progress continues broadly as expected, the committee judges that a moderation in the pace of asset purchases may soon be warranted.”

Yup. Use enough of “may” “when” and “if” and you’ve mastered the art of hawkish extra light.

All hawkish humour aside, there is and was the communication that tapering of some sort is on the horizon. In fact, the Fed even delivers a dot plot graphic that offers the guess of Fed members on when they think we might see rate increases, and to what degree will be those rate increases.

Here is a great post and video courtesy of Liz Sonders and Charles Schwabb.

We all know that the world can’t afford higher rates and borrowing costs. At least, that’s where I stand on the issue. I will believe those rate hikes when I see them.

The market rally continued into Thursday.

Do investors prefer active over passive?

Here is a very interesting tweet and stat from Liz Sonders of Charles Schwabb.

U.S. investors with at least $10,000 invested in stocks and bonds prefer passive investment vehicles vs. active. Active would was measured as a preference for buying individual stocks over ETFs or mutual funds.

I found that surprising, as I have been writing on Seeking Alpha for almost a decade, and the chatter and comments are all stock, all the time. Posts on ETFs or ETF portfolio strategies are

lightly read. But that just shows my personal bias due to personal experience. Most everyone who goes to Seeking Alpha is a self-directed investor looking for that alpha—the attempt to beat the market. They are seeking alpha—go figure.

This from friends at Questrade, in an email exchange…

“Investor Economics reported to us at the end of Q2 that there was $474B in equities and $84.6B in ETF assets in the online discount brokerage channel.”

And certainly one can build a very good stock portfolio with ease.

Silvio Stroescu, President of BMO InvestorLine (BMOs discount brokerage) in an email exchange offered that the trend for the self-directed investor in Canada is towards passive ETFs. From Srtoescu…

“We’re seeing more demand for ETFs on the self-directed platform, evidenced by annual growth and ETFs as a percentage of total self-directed assets, both are in double digits. You get investors who are also more indexed towards ETFs and this is driving the higher percentage in the overall mix.”

And this is a theme that I have expressed. When investors increase assets (which increases the personal risk—more money is at stake), they will move more towards the greater diversification and risk management that is made possible by way of ETFs.

“I expect this trend will continue and ETFs will grow even faster on digital platforms, as more of the younger/new investors build higher balances and pivot from ‘buying a stock’ to ‘building/managing a portfolio.”

Some interest stats were also offered.

More than half of new accounts opened on self-directed platforms were opened by clients under 35. And more than 20% of trades placed by under-35s are done with ETFs.

Keep in mind, while that may be the future, the majority of Canadians are still invested in high-fee, actively managed (and very expensive) mutual funds. We have that separation of older investors (with most of the money) who are stuck in their ways, while younger investors are looking for a better way.

Canadian mutual fund assets topped $2 trillion in August. From my experience, the majority receive poor advice or limited advice to go along with those high fees. Not knowing any better, too many Canadians walk into their bank or one of the mutual fund sales shops.

ETF assets are near $325 billion, a figure that’s still dwarfed by the mutual fund total.

And yes, as Jonathan Chevreau reminds us, not all mutual funds are terrible. But mostly, and largely, you can do better by way of ETFs.

For managed portfolios, you can choose a Canadian robo-advisor. You’ll find the all-in-one asset allocation ETF portfolios in the Best ETFs in Canada for 2021. Fees are in the range of 0.20% to 0.25%.

Here’s a wonderful piece from Liz Sonders. So many influences. So many lessons. A must-read. Sonders is one of my early morning Twitter resources; she shares so many wonderful charts and insights.

“Those who do not remember the past are condemned to repeat it.”

Dale Roberts is a proponent of low-fee investing who blogs at cutthecrapinvesting.com . Find him on Twitter @67Dodge .