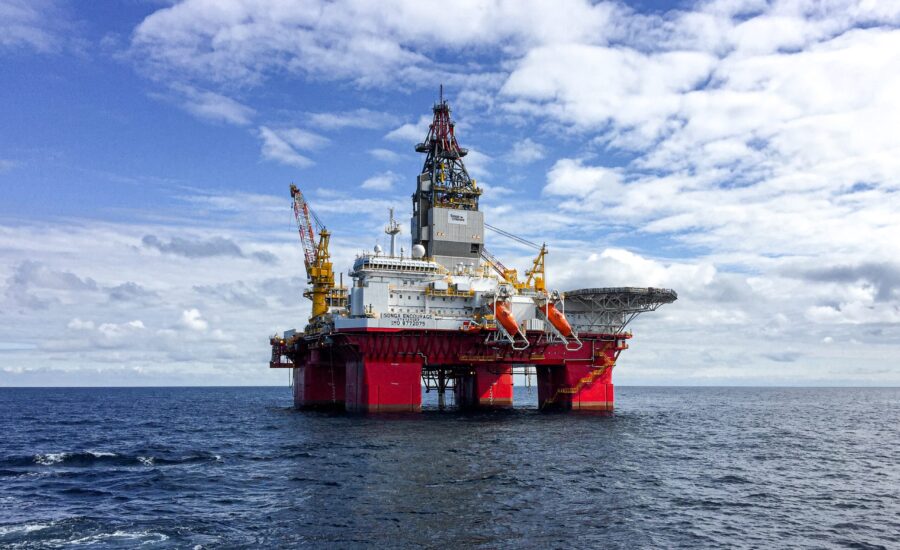 Making sense of the markets this week: October 4, 2021

Will the energy crunch turn into an energy crisis?

The energy story is dominating headlines these days, described as a crunch or even an energy crisis that is ongoing in Europe and China.

While there are some local events adding additional stress, it is the ongoing mismatch between supply and demand that creates the long-term risk. We have increasing oil demand and decreasing supply in many areas. Stretch this event over time and that can turn crunch into crisis on a larger scale.

The unfortunate energy reality is that oil will likely (or potentially) be the world’s leading energy source for decades.

“Global oil consumption is expected to return to pre-pandemic levels in the third quarter of 2022, with Asia continuing as the center for oil-product demand growth, according to BP Plc.

The global crude benchmark recently breached $80 per barrel. Though it fell back, there are many industry calls for oil prices in the $100 area. That’s amid speculation the energy industry isn’t investing enough in fossil fuels to keep supply even at current levels. Inventory draws are at record levels.

And we see in this tweet, citing an RBC Capital Markets report, CAPEX is down 30% from pre-COVD, and down 60% from 2013 spending levels. (CAPEX stands for capital expenditures, the monies that companies will spend searching for and producing from new oil sources.)

The consensus view is that oil production should be able to surpass demand in 2022. Not everyone is convinced. Canadian oil and gas guru and portfolio manager Eric Nuttall feels OPEC might not be up to the challenge of filling that gap.

A greater risk of that energy crunch and crisis may develop over the next several years. For my money, it’s a risk worth a hedge. Resource stocks also contribute to that overall commodities hedge.

And as Nuttall often reminds us, Canadian oil producers don’t need $80 or $100 oil. They can be cash-flow gushers in the $60 range.

Oil and gas stocks are back on an incredible run in September 2021.

Canadian energy stocks are up 17% in September, using the iShares capped energy index as a benchmark.

And what’s wrong with the markets this week?

Certainly, the energy story is weighing on stocks this week, but the greater perceived threat is bonds. The benchmark 10-year U.S. Treasury yield rose again on Tuesday. The move began the week ending Sept. 24, and it is now at its highest levels since June 2021.

Of course, bond prices move in the opposite direction to yields. You’ve likely seen your bond funds fall in price and value, and bonds will also put pressure on a balanced portfolio.

And it is those growth darlings that can be more in the crosshairs of an increasing rate environment. Beauchamp continued:

“‘…it is the highly-valued growth stocks that have taken the brunt of the selling, as investors fret that a lower growth, tighter policy environment will hurt these previous star performers’.”

And it wasn’t just in the U.S. and Canada; bond yields rose around the globe.

The event that saw low and falling rates supporting rising stock prices is now working in reverse, as rising yields are putting pressure on stocks.

TINA—”there is no alternative (to stocks)”—might get some competition: an alternative to stocks on the risk/reward proposition.

As (or when) the Fed begins to taper, that could put added pressure on stocks as more money will eventually flow into bonds with higher yields. That event began over the last week and even further back. In the Sept. 27 column, we discussed how the Fed’s hawkish “extra light” taper talk soothed the markets. But then the bond market had ideas of its own and took down rates.

Scott Barlow of The Globe and Mail shared a perspective from Goldman Sachs strategist Ryan Hammond, on why higher bond yields are more of a threat to equities this time around. The article is paywalled, but worth the small fee as it’ll give you the good bits:

“Mr. Hammond emphasized that stock prices were better able to withstand climbing inflation-adjusted yields if accelerating economic growth, which helps profit expansion, was the main driver. Unfortunately that is not the case now. ‘Today,’ writes the strategist, ‘[U.S] economic growth is decelerating, the FOMC is expected to announce the start of tapering at its November meeting, and our economists have downgraded China’s economic growth forecasts’.”

FOMC (the Federal Open Market Committee) is the gang with their hands on that bond lever.

This will be more than interesting to watch. We haven’t seen anything like this. Tightening usually occurs or is used as a tool during a strengthening economy. If they taper aggressively or rate rates, they will have to be careful with how much they contribute to any economic softening.

Of course, the wild card is inflation that might force their hand to raise rates.

Just a hunch, but I’d guess they would let inflation run a bit hot, compared to raising rates and spoiling the stock market party.

And perhaps inflation will be transient for longer.

Questrade is looking to muscle in on Wealthsimple Trade with its new QuestMobile.

Questrade is the top-ranked discount brokerage in Canada, according to MoneySense, while Wealthsimple is better known as one of Canada’s leading robo-advisors. They also offer a trading app, but do not have a discount brokerage offering. It’s very popular with younger and newbie investors.

I spoke with Scarlett Swain, Questrade’s director of product management, who offered the brokerage’s previous mobile functionality more than left room for improvement. QuestMobile is the result of extensive research designed to give clients what they want. The company looked at every piece of client feedback they could find, and then they went to work.

Simplification in many areas and ease of use was a key driver.

It’s slick and you might say speedy; Swain offered that Questrade is seeing clients place their first trades within 14 minutes of initial sign-up. (Customers can download QuestMobile from the App Store or Google Play.)

Users can also move in money instantly—a first in that Zūm Rails ​technology moves in the money and debits your funding account, both in real time.

From your dashboard, you’ll be able to see all of your holdings, from the stock and ETF portfolio, to the Questwealth Portfolio robo offering, if you use it.

Swain also said that new features and an advanced Edge (for advanced traders) is on the way. Their research also led to a complete redesign of their online platform (that you would use through your laptop or desktop).

The fees remain unchanged, and are the same for QuestMobile and core platform. There is a minimum $4.95 per trade up to a maximum of $9.95. Clients can purchase ETFs for free. There are no sign-up fees or account maintenance or dormancy fees.

There can also be conversion charges at Questrade/QuestMobile if you do not have the sufficient U.S. funds available in your account. All of the account types are dual-currency, with the ability to hold Canadian and U.S. cash within the same account.

Questrade is hoping new clients will pay for what they see as a more robust offering compared to Wealthsimple Trade. But there is likely room for both, as they each cater to a slightly different investor. The Questwealth client skews older and holds more assets.

We’ll keep an eye on this “trade war” and the feedback from users.

Here we go again: The U.S. is threatening to run out of money.

Here’s the debt ceiling overview, thanks to Seeking Alpha…

“The House on Wednesday passed a bill to suspend the U.S. debt ceiling, though the plan looks doomed in the Senate, with only hours to go before a partial shutdown of the federal government. Treasury Secretary Janet Yellen has also warned that on Oct. 18 the government will run out of money to meet its obligations to debtholders, setting up a drama-filled atmosphere on Capitol Hill. Congress has raised or suspended the ceiling 78 times since 1960, according to the Treasury, with the most recent motion taking place in 2019.”

The debt ceiling is supposed to work like a breaker to put a limit on government borrowing. In the past, they broke the ceiling each time.

It is a game of high-stakes chicken between Democrats and Republicans.

The largest lender in the U.S. isn’t taking any chances. JPMorgan Chase has begun preparing for the possibility of the United States hitting its debt limit.

“The country’s largest lender has begun scenario-planning for how a potential U.S. credit default would affect the repo and money markets, client contracts, its capital ratios, and how ratings agencies would react.…”

I’d put money on this becoming the 79th time Congress raises or suspends the debt ceiling.

If I don’t win that bet, you can be sure that the U.S. going broke will be the lead story in Making Sense of the Markets that week.

Dale Roberts is a proponent of low-fee investing who blogs at cutthecrapinvesting.com . Find him on Twitter @67Dodge .