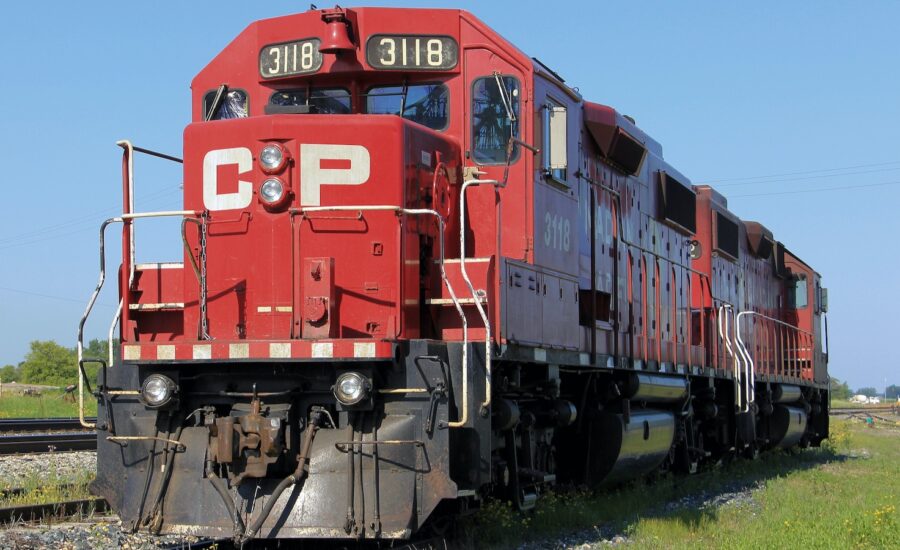 Making sense of the markets this week: May 8

Photo by Dan Loran from Unsplash

Canadian dividend investors had something to love and something to be cautiously optimistic about in recent earnings news. Energy giant Cenovus (CVE) made headlines when it announced a tripling of its base dividend to $0.42 per share, as well as a long-term commitment to stock buybacks and special dividends. This came on the back of a 700% increase in profits over Q1 2021.

Cenovus president and CEO Alex Pourbaix reported to shareholders that:

“After rapidly deleveraging our balance sheet, we are now able to provide a much clearer picture of how we will position Cenovus for the longer term—as a leader in delivering total shareholder returns.”

Clearly, Cenovus is trying to regain its dividend bonafides after suspending its dividend at the beginning of the pandemic. If oil prices stay elevated, Canada’s energy behemoths should be able to pay down debt, shore up balance sheets, and reward shareholders all at the same time. Of course, oil prices are always a tough crystal ball to gaze into.

While energy stocks have seen dividends come and go, the trusty railways always deliver their dividends (in addition to every other cargo Canada ships from coast to coast) on time. The duopoly between Canadian Pacific Railway (CP) and Canadian National Railway (CNR) has long provided investors with a durable competitive advantage and allowed the companies to pass along steady profits to shareholders.

While Q1 earnings continued to show the underlying stability of both railways, profits and revenues weren’t blowing anyone away. CP posted revenues of $1.84 billion, down 6% from last year. Of more concern, diluted earnings per share were down 30% from Q1 2021. While this was slightly lower than analysts predicted, investors didn’t punish the company too badly, as the stock rebounded quickly after falling 3% upon release of the news. A short labour strike, combined with falling grain cargos, and extreme cold weather all took their toll on the bottom line.

Canadian National Railway (CNR) fared slightly better, with revenues increasing 5% to $3.7 billion, and adjusted earnings per share up 7%, which were pretty much in line with estimates. While the war and China-based supply-chain issues will create headwinds for CNR, the railway continues to embrace a conservative payout ratio and focus on ever-increasing dividend payments to shareholders.

Both railways are hovering around relatively stiff price-to-earnings (P/E) ratios in the 22 to 23 range, and investors are simply willing to pay a premium for quality right now in the face of uncertainty all around the world.

If you’re invested, no need to panic as the dividends and long-term prospects continue to look quite solid. Check out my latest thoughts on “Canada’s top dividend stocks” for a look at how the railways compare to other dividend favorites. Be sure to read MoneySense’s list for “Best dividend stocks for 2022”, by Mark Brown, too.

The tide is going out on American tech stocks—what did recent earnings reveal?

As interest rates climb, companies that had been taking on large amounts of debt to generate breakneck growth rates are coming under more scrutiny. This includes many of the big tech names. As the market has responded to recent earnings news, what we’re seeing is a real compression of the P/E ratio for several companies. While stocks such as Netflix (NFLX) are still making a substantial amount of money, the profit forecast is not nearly as rosy as it once was. Consequently, investors are not willing to pay such lofty prices to purchase those future earnings streams.

Here’s a quick look at how big tech has performed in the wake of recent earnings reports:

Alphabet (GOOG): Narrowly missed estimates chiefly due to YouTube revenues coming in lower than expected. Overall, there isn’t much movement up or down as the company continued to show real confidence in future prospects by announcing US$70 billion in stock buybacks. (All figures below are in U.S. dollars.)

Apple (APPL): Apple continues to meet expectations as its revenues rose 8.6%, year over year, with all major product lines showing strength. The services segment of Apple has been a real area of growth for the company. It announced a small dividend raise and a $90 billion commitment to stock buybacks, thus rewarding shareholders who pay a substantial P/E premium for the high-quality company.

Microsoft (MSFT): Microsoft had perhaps the strongest showing in the first quarter of 2022, as profits rose 18%, led by its Azure cloud computing growth, and significant gains by its LinkedIn and Xbox segments. Investors continue to expect big things from this company as its P/E ratio hangs around 30.

Meta (FB): Shares of the much-maligned social media giant (formerly known as Facebook) shot up after earnings per share came in significantly higher than expected. Interestingly, this increased profitability was more a result of efficient cost cutting than increased revenues. The company appears to have reassured investors it will churn out profits for the foreseeable future—even if it won’t grow quite as fast as in years past. At a P/E of between 14 and 15, Meta is even showing up on some value stock lists these days.

I wouldn’t worry too much about some of the week-to-week noise around these stocks. These are companies with massive competitive advantages that operate with enormous economies of scale. The pandemic saw many of these big tech companies attain sky-high valuations, and it was a long shot that earnings were ever going to increase fast enough to justify those prices. These recent movements simply show a bit of a reversion to the mean, and the stocks are all much closer to their long-term average P/E ratios going forward.

If you’re looking for an easy way to invest in big tech, the QQQ ETF is an efficient way to track the NASDAQ exchange, and it will only cost you a management expense ratio (MER) of 0.20%.

Airline stocks have been quite volatile throughout the pandemic. Many investors have whipsawed between the fact that airlines were losing money, that governments weren’t going to let them fail, and that locked-down travellers have been saving up to take big trips.

While we are seeing the light at the end of the COVID-19 tunnel, the jump back into the profitable black continues to elude Air Canada (AC). Revenues did triple from the anemic Q1 of 2021, but the company still posted a loss of $1 billion. It appears predictions of long-term shrinking numbers of business travellers are coming true, and that airlines will have to adapt to climb back to full profit potential.

Shares of Air Canada dipped on the news, as the loss was substantially higher than what analysts had predicted. For my money, it’s still incredibly difficult to come up with a fair value for Canada’s flagship carrier, as we have yet to see just how much consumer resistance there will be to higher prices. If the company can pass along inflationary cost increases to desperate-to-travel customers, they could turn things around fairly quickly. There are a lot of big “ifs” still to be determined in this equation, however.

Obviously, Air Canada isn’t the only major airline. If you’re looking for a broader play on the entire airline sector the NYSE-listed ETF JETS gives investors instant exposure to large U.S. Carriers like Delta and United, as well as Air Canada (which makes up just under 3% of the fund’s holdings).

There are two stories to be told when it comes to contextualizing the recent gross domestic product (GDP) decline of 1.4% in the world’s biggest economy.

GDP is the measurement of the entire value of all the goods and services a country produces. Here’s how it’s calculated:

You can see that GDP is not a great predictor of how big companies—and the stock markets—will do.

The Washington Post shared great insights as to what’s behind the 1.4% decline.

As you can see, consumers are still buying lots of stuff; it’s just that much of it is imported from countries outside the U.S.A. That, combined with companies’ excess inventory (so much for supply chain issues) are the main contributors to the recession headlines.

As a boring, mostly indexed investor who invests periodically like clockwork, I love when negative headlines about misunderstood concepts, like recessions, begin to take hold. Those lazy narratives of “The sky is falling” mean that a lot of investors will be swayed by their emotions and make suboptimal decisions.

To be clear: The stock market is not the economy. While economic growth (or lack thereof) obviously influences the companies’ ability to grow profits, the two are not directly tied to one another. For example, the tech giants mentioned above can continue to gobble up new customers at the expense of small traditional businesses. While that move wouldn’t matter much to the GDP, it would obviously matter a lot to shareholders!

It always makes me feel more confident when Warren Buffett agrees with my stance.  At his annual shareholder meeting in Omaha this weekend, Buffett’s Berkshire Hathaway (BRK) revealed that while its earnings were down year-over-year, the company had recently pumped $51.1 billion into stock purchases. Clearly Buffett Co. believe that long-term economic prospects are still pretty bright.

Incidentally, Canadian investors can now buy BRK in small amounts and in the C$ through the new BRK Canadian Depositary Receipt (CDR). Read more from Jonathan Chevreau on the topic.

Of course, sensationalizing of probably-not-so-terrible news doesn’t change the fact that central bankers are now in a tough spot. Do they continue to aggressively turn up the interest rate dial to counter inflation, and risk a continued downtick in GDP numbers? Or do they retreat from their “crush inflation at all costs” statements in the name of avoiding the dreaded recession-is-the-end-of-the-world narrative?

Personally, I find that, as long as companies continue to make large profits, recession headlines are interesting window dressing, but they’re still not indicative of what’s really going on outside the view-restricting window.

Kyle Prevost is a financial educator, author, and speaker. When he’s not on a basketball court or in a boxing ring trying to recapture his youth, you can find him helping Canadians with their finances over at MillionDollarJourney.com and the Canadian Financial Summit .