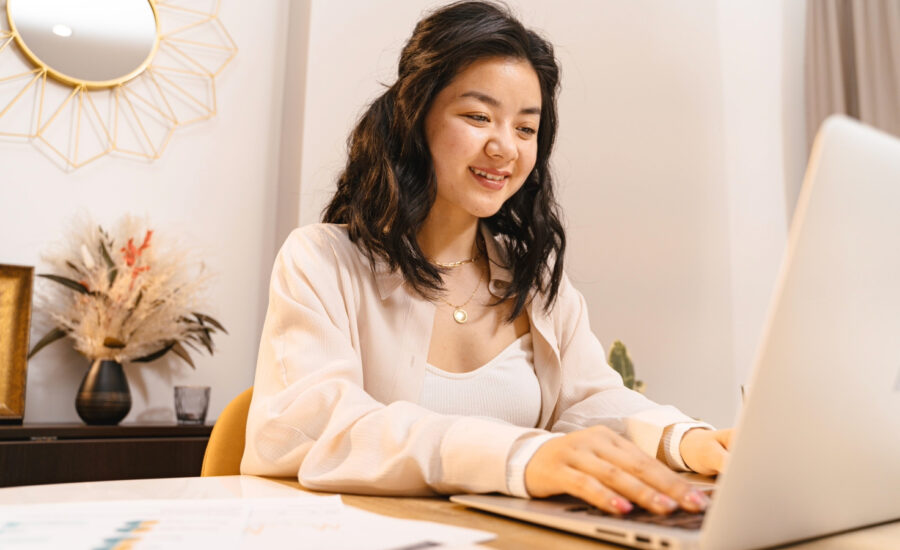 Making sense of the markets this week: June 5

Photo by Antoni Shkraba from Pexels

Canada’s big banks usually get the lion’s share of attention from investors, and for good reason, but the earnings news this week gives us a chance to look at two of Canada’s smaller banks. While they are definitely more volatile than the Big Five, these banks could represent a real growth opportunity for investors due to their much smaller size.

Equitable Group (EQB.TO) announced its most profitable quarter ever. It saw a 27% year-over-year increase in earnings to $87.9 million, and it topped off that good news with a 4% dividend raise. EQB.TO is currently trading at around a seven-times price-to-earnings (P/E) ratio, and there is no denying the value-stock characteristics of shares at this price point.

For those not familiar with this small-yet-mighty financial institution, Equitable Bank began in Hamilton, Ont., under the name of The Equitable Trust Company. It became a Schedule I Canadian chartered bank in 2013 (regulated by the federal Bank Act), and soon thereafter it launched one of Canada’s first digital banks under the EQ Bank label. EQ Bank comes highly recommended as a savings account option by many—you can read my review and MoneySense’s review.

Laurentian Bank of Canada is another smaller Schedule I bank. It is based in Quebec and offers limited services in the rest of the country. Given the healthy state of the economy in la belle province, the premium 30 times P/E ratio might be justified. (Especially if Laurentian can keep beating profit expectations by that margin!)

Checking in on GameStop and Tesla

GameStop (GME/NYSE), the original “meme stonk,” released earnings this week. It continues to generate a stock price that’s not based on traditional metrics (such as whether the company actually makes money or sells anything). Instead, the price is based on the weird tug-of-war that continues between the “meme bros” and the traditional short sellers. If you’re new to the whole GameStop short squeeze phenomenon, I recommend checking out this explainer video by Preet Banerjee.

Here’s what GameStop’s share price has done over the last year. 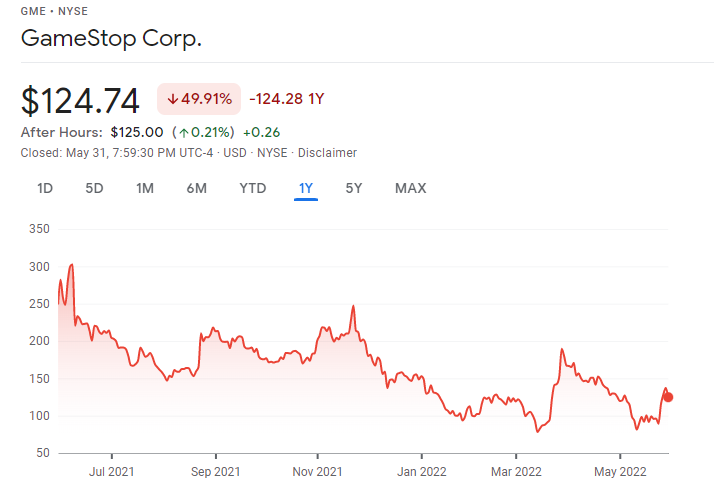 So much for efficient market theory. GameStop reported a net loss of almost USD$158 million over the quarter, which is USD$92 million more than it lost in the same quarter last year.

Just to recap, thousands of people are now paying around USD$125 per share for a company that is losing more than USD$2 per share. This is in the hopes that the MBA-trained traders will continue to look at the stock price and say, “That can’t be right, it can’t stay that way,” and set themselves up to get short-squeezed again.

With so many people placing bets on where this circus of a stock will go next, all I can say is: 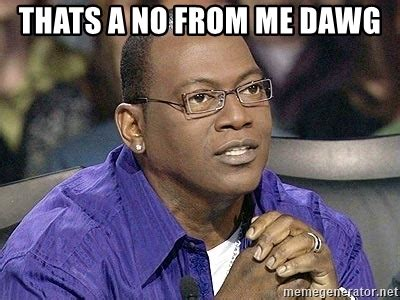 Meanwhile, the Elon Musk saga continues to drag not only Twitter (TWTR/NYSE) through the mud, but Tesla (TSLA/NYSE) as well. 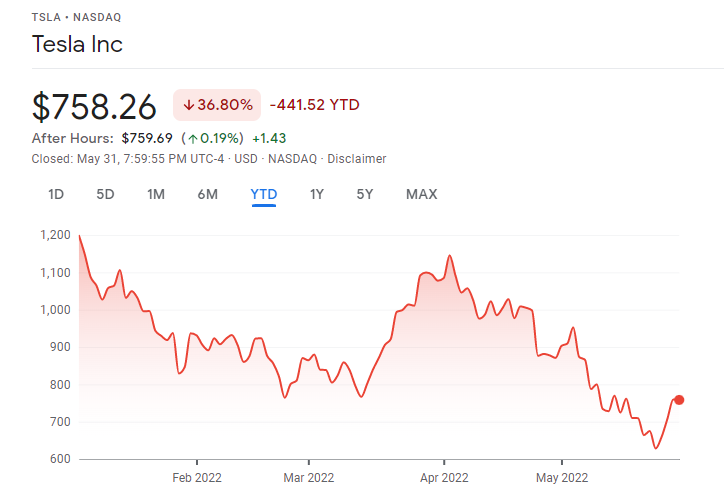 With Musk’s recent sale of billions of dollars’ worth of Tesla stock, combined with factors such as the Shanghai plant lockdown and increasing scrutiny of Tesla’s Autopilot driver assistance system, it appears that the company’s share price has hit a bit of a perfect storm.

As always, Musk was ready with a tweet to divert media attention. He made headlines by posting about Tesla employees not wanting to return to the office: “They should pretend to work somewhere else.” 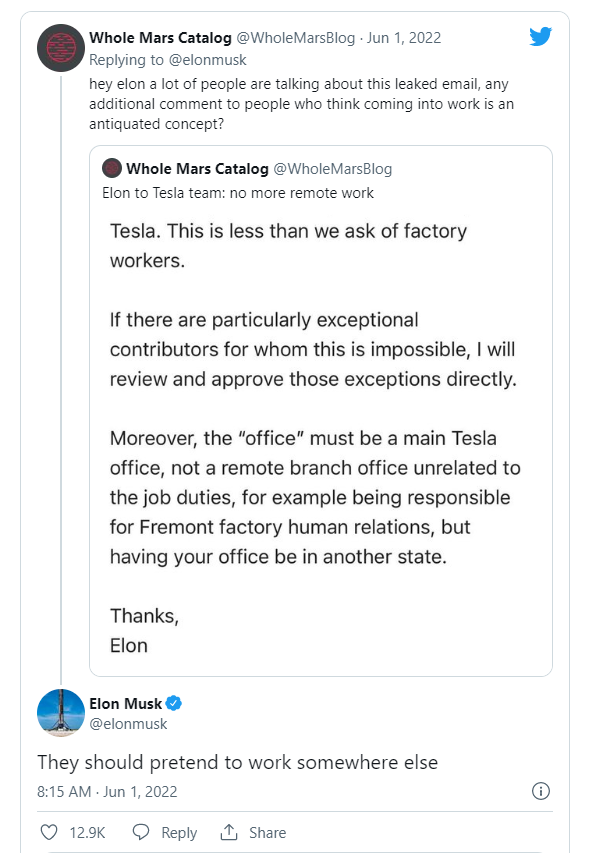 Sure, that should solve all of Tesla’s problems.

It’s worth noting, as legacy car companies continue to close the technological gap Tesla worked so hard to open up, that Tesla shares are still trading at roughly 100 times P/E (compared to 10.5 times over at Toyota). 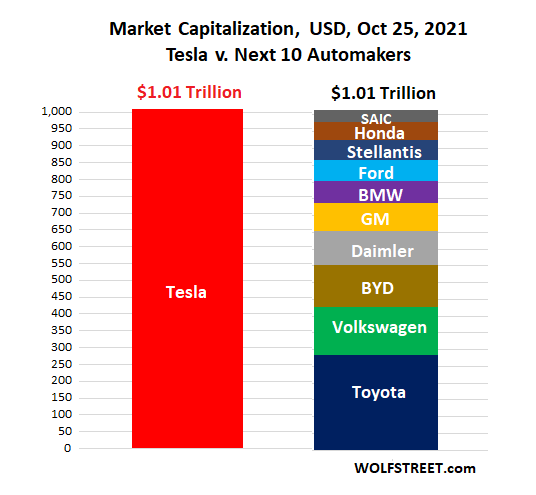 For a tech company that is actually increasing how much money it makes, investors may want to look at Salesforce Inc. (CRM/NYSE). Quarterly revenues came in at USD$7.41 billion, which was a slight beat. Shares rose almost 10% in response.

TINA: There Is No Alternative… to stocks

What if now there is?

With Canada’s rising interest rates pushing higher payouts on bonds and guaranteed investment certificates (GICs), income-starved investors may finally have an alternative for dividend-paying stocks and “hope for the best.”

While Canada has several companies that consistently pay dividends in the 3% range, there is no denying that any publicly traded equity is inherently riskier than a basic government savings bond or a GIC backed by the Canada Deposit Insurance Corporation (CDIC).

When you can snag a 3-year GIC for 4.25% (even Government of Canada bond yields are approaching 3%), income-focused investors no longer have to settle for choosing between equities and 1% interest rates. Even CDIC-insured high-interest savings accounts (HISAs) can generate 2%-plus returns right now.

Before you climb aboard the fixed income bandwagon, I should note that in a high-interest-rate environment, fixed income investors might actually be losing purchasing power in the medium and long term. Also, income earned from interest payments is taxed at a higher rate than dividend income (if investments are in a non-registered account as opposed to an RRSP or a TFSA). So the choice isn’t quite as easy as some of the eye-catching GIC numbers might make it seem.

That said, a nest egg with a 4.25% return (almost guaranteed) looks pretty darn good when negative stock market headlines are dominating the news cycle. If we start to see investors jump from “bond-substitute stocks” (such as utilities) to fixed income investments, the reduced demand could put downward pressure on the prices of high-dividend-paying shares.

Personally, I think that while a shift from dividend stocks to fixed income is plausible, it’s just as possible that investors from riskier sectors of the market—such as growth stocks and big tech—will also want to shift their risk-reward ratio. This might simply mean some investors seek more safety in going from a utility stock to a GIC, while others seek more safety in going from Shopify (SHOP.TO) to the utility stock.

If everyone just shifts one measure down the risk-reward spectrum, then the value of dividend stock shares should be just fine.

The investor protection decisions put in place a couple of years ago met the end of their transition period on June 1 this year. Going forward, no mutual fund seller in Canada will be able to use a deferred sales charge (DSC) to “trap” investors into their investments.

If you weren’t familiar with this fund sales structure, a DSC (also called a “back-end load”) is a large penalty (usually starting at 6% and then gradually reduced to zero over six or seven years) charged to investors if they sold their mutual fund shares before a specific time period had elapsed.

Where did the DSC come from? To motivate salespeople, mutual fund companies offered them huge commissions. But if investors sold their shares within a few years, the companies wouldn’t make back their money via management fees. The DSC helped ensure they’d make a profit no matter what.

“Upfront sales commissions create conflicts of interest and impose liquidity constraints that harm investors,” stated Louis Morisset, chair of the CSA and president and CEO of the Autorité des marchés financiers, in a news release. “This compensation bias incentivizes dealers to recommend a product that may not be in the best interest of investors and has led to suboptimal investor outcomes.”

The Ontario Securities Commission (OSC) had been the lone holdout among Canada’s provincial and territorial securities regulators when it came to banning DSCs, but it decided in 2021 to join the rest of the country in moving towards a more transparent mutual fund fee model.

While the number of mutual funds that use DSCs has been trending downward for some time, getting rid of confusing investment fees is always a move in the right direction. Perhaps an even more important long-term change in the industry is the downward pressure on management expense ratio (MER) fees being exerted by Canada’s robo-advisors and all-in-one portfolio ETFs.

Kyle Prevost is a financial educator, author and speaker. When he’s not on a basketball court or in a boxing ring trying to recapture his youth, you can find him helping Canadians with their finances over at MillionDollarJourney.com and the Canadian Financial Summit.