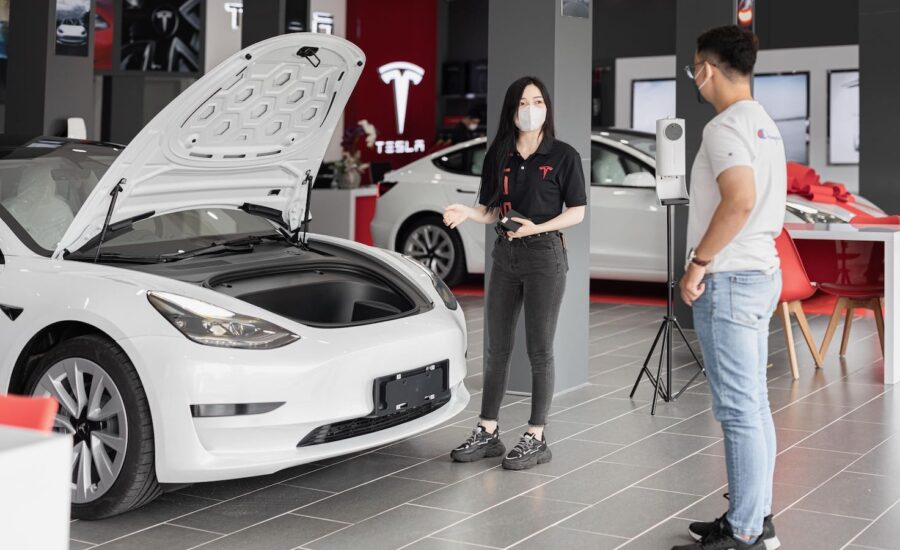 Making sense of the markets this week: January 30

U.S. earnings season, with tech biggies to the rescue

Earnings have been very strong thanks to continued economic recovery as we move through, and out, of the pandemic. And earnings season is in full stride in the U.S. The tech giants are releasing their reports, including Microsoft (MSFT) and Apple (AAPL). And we’re getting a read on other sectors thanks to earnings from Visa (V), McDonalds (MCD), Mastercard (MA), Johnson Johnson (JNJ), Chevron (CVX), General Electric (GE), Boeing (BA) and Tesla (TSLA).

Here are some highlights. All figures are courtesy of Seeking Alpha.

Microsoft is buying Activision (NASDAQ:ATVI) for $68.7 billion in one of the biggest moves it has made in the video game market.

Tesla, another one of the giants in the U.S. market, continues to roll. Revenue of $17.72 billion was up 65.0% year over year and the electronic vehicle manufacturer beat estimates by $1.08 billion. Non-generally accepted accounting principles (non-GAAP) earnings per share of $2.54 beat by $0.16. (GAAP means the company follows prescriptive accounting practices, and non-GAAP means it does not. More here.)

The growth is incredible considering supply chain constraints. In September, I wrote about how we were out of chips and that the world runs on chips (semiconductors).

However, the stock is down over 11% year to date. Tesla says it’s on pace for 50% annual growth.

The fast food giant stacked up $6 billion revenue, an increase of 13.0% year over year. That missed estimates by $30 million. That is a very solid performance for such a massive and mature company. McDonalds is certainly one of the strongest brands and most recognized companies on the planet.

That stock is down almost 7% year-to-date, as most everything sells off in early 2022.

“The world’s most valuable company” topped estimates for revenues and earnings. The company is not likely to give up that “most valuable” status anytime soon.

Total revenue was up 11% year over year.

Disclosure: My wife and I have positions in Apple, Microsoft and Johnson Johnson.

Stock markets in a sour mood

The Apple results might not be enough to satisfy the markets—they continue to be in a sour mood in 2022.

Stocks continue to sell off lead by the more-expensive tech stocks. And leading the tech rout are the tech stocks with no earnings or those that are “earnings challenged.” You find many of those companies in the once high-flying ARKK Innovation ETF. “ARKK has sunk,” goes the recent narrative.

A hedge against the sell-off is the SARK ETF. It shorts the ARKK tech ETF, managed by Cathie Wood.

Here’s a tweet that frames the drawdown by style and sectors, for U.S. stocks.

This week’s headlines were dominated by the central bankers in Canada and the U.S.: North of the border, we have the Bank of Canada; and in the U.S. the central bank is known as the Federal Reserve System, often referred to as the Fed.

Both banks made rate decisions this week. Many market analysts and economists were suggesting that the banks would announce rate hikes as soon as this week.

Bill Ackman, CEO of Pershing Square Capital Management, even suggested it was time for some shock and awe:

whether 3 to 4 would therefore be enough. The @federalreserve could work to restore its credibility with an initial 50 bps surprise move to shock and awe the market, which would demonstrate its resolve on inflation. The Fed is losing the inflation battle and is behind where it

Both central bankers put away their rate-hike buttons and stood pat. Canadian governor Tiff Macklem and Fed chair Jerome Powell each offered that a series of rate hikes are on the way in Canada and the U.S. And Macklem and Powell both signalled that rate hikes are likely to begin in March 2022. This quote comes from a Canadian Press article via CTV News:

“ ‘How far and how fast—those are decisions we will take at each meeting, depending on economic developments, depending on our outlook for inflation, and what we judge is needed to bring inflation back to target,’ Macklem told reporters.”

The Bank of Canada’s mandate was achieved. We have very solid economic growth and employment is near full capacity. Furthermore, the Bank of Canada’s second in command suggests “thanks” to Omicron and the potential end of the pandemic, even more growth is around the corner. This is also from that same CTV article:

“Carolyn Rogers, the bank’s new second-in-command, said Omicron will also weigh on domestic growth, but the effects should be short-lived because of high vaccination rates and businesses learning to adapt to restrictions.

“ ‘If that proves to be true, we think an economic rebound is around the corner,” said Rogers, the bank’s senior deputy governor.”

Jerome Powell places his foot firmly in his mouth

South of the border, things were going smoothly when the Fed announced its plans in a press release.

And, the stocks rallied.

Then Powell started to talk—at a press conference this week. And to say he tripped over his tongue is an understatement, IMHO. The stocks took a hit, and it was not his finest hour.

Powell opened his mouth, and any absolute clarity as to the schedule for rate hikes and balance sheet reduction dissipated. And perhaps more shocking for the markets were the comments related to troubling inflation.

Here’s some insight from this CNBC article. It’s a full recap of the Fed rate decision and the Powell remarks that knocked the stock market.

Powell also suggested that inflation may not simmer down to pre-pandemic levels.

I will add that high energy prices can work their way into core inflation. In November, I wrote about the green energy commodities supercycle. The move to a greener less carbon dioxide-intensive economy could be inflationary. Add in wage-increase pressures, and there are many forces that could reset the core and ongoing inflation to a level above the 2.0% to 2.5% range we’ve seen for a decade or two.

Many of the analysts and economists I follow suggest that inflation has likely peaked. It should decline thanks to the easing of supply chain issues and less demand from consumers, as central banks and governments remove stimulus. The end of the pandemic is potentially deflationary as well, as spending will move to experiences from buying goods.

If the situation were stocks, you can think about it this way: We’re moving away from Peloton (PTON) and planning more trips to The Keg (KEG.UN).

Central banks have a tough task on their hands. They have to apply the brakes when inflation and economic growth might be declining. Tap those brakes too hard and we go into reverse, which is also known as a recession.

They have to thread the economic needle. Good luck to them and us.

Here is a very good summary from Schwab on the Fed message: “Get Ready.”

And from that article, I want you to read this key observation:

“Powell concedes that inflation has been less-than-transitory, and more persistent, than the Fed initially expected, with the priority now being to ensure it doesn’t get ‘entrenched’ (perhaps that’s the new keyword we might get tired of hearing/seeing, as we did with ‘transitory’).”

It’s likely this is not the last time you will see the word “entrenched” in my column in 2022.

U.S. and Canadian companies have delivered many very generous earning reports the past two weeks. The economies of the U.S. and Canada are strong and economic growth provides that bedrock of support.

That said, guidance has rolled over. In this tweet, Lisa Abramowicz asks when lower guidance from companies might become a story.

Or at the very least, lower guidance from companies may be a sign that the pace of growth is on the decline.

But for now, we can live in the moment.

SP Global offered this overview, via a Thursday email, on the U.S. earnings season so far:

“Meanwhile, earnings season is in full swing, and profit growth in corporate America has been surprising to the upside. Yesterday, the trend continued with 29 (including Tesla) of the 35 SP 500 companies to report beating earnings expectations […] with roughly 80% of companies beating estimates so far.”

This week, in the battle between earnings growth vs the Fed and the threat of a rising rate environment, the Fed and rate fears are taking down the markets.