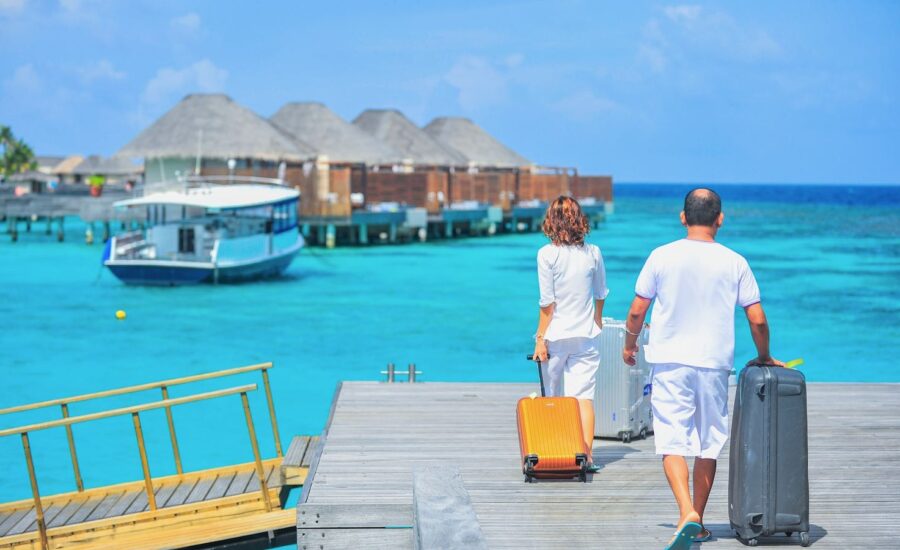 Making sense of the markets this week: February 20

It was the forward guidance from the company that brought the stock down. Shopify expects earnings and revenue growth to decline. Shopify was already a very expensive stock heading into earnings season.

Shopify is a wonderful company. And funny enough, a year ago I looked at the dazzling Shopify earnings and I wrote:

“Many will suggest that Shopify is a great company, but perhaps it is not a great stock at today’s levels.”

You’ll see charts in that column showing that Shopify has been expensive in comparison to Amazon. Shopify is down over 50% from the time of that post. Yes, earnings matter.

And now switching to the lower growth (and defensive stock side) of the ledger, Walmart (WMT) continues to deliver on the slow-and-solid growth promise. Below figures are courtesy of Seeking Alpha:

The stock price was up 4.1% on Wednesday after releasing earnings

Walmart increased its dividend by a modest 2% and it bought back $10 billion in shares in 2021. The company generated US$24.2 billion in operating cash flow and returned US$15.9 billion to shareholders through dividends and share repurchases.

I own Walmart. And I truly appreciate those boring stocks. I’ll leave the growth to Apple (AAPL), Microsoft (MSFT), Nike (NKE) and others.

It increased its dividend by 3%. I own TC Energy and I’m happy to collect that juicy dividend. TC Energy shares have gained 17% during the past year and 12% year-to-date.

Last week, I wrote about Disney as a “go out and play stock,” that will grow with the pandemic restrictions slowing down. This week Airbnb (ABNB) saw revenue increase 78% year over year, with bookings up 91%.

This comes from its earnings report:

Airbnb is up over 10% year-to-date. I will be keeping an eye on this trend for the “other side of the pandemic” momentum. The stock is up 28% over the last six months, while the U.S. market (IVV) is flat. Disney has another solid week, up over 2%.

It’s all riding on February now

In a recent column, I looked at the “January effect”: As goes January, often goes the rest of the year. Here’s a clip from that:

“The takeaway here: The SP is usually positive during January (over 60% of the time) and generates a much better return during these years with positive returns in the first month of the year. The difference is remarkable with an average annual return of +15.5% in up years, versus +2.2% in the down years.”

To add to that: Low- to modest-return years are very rare for U.S. stocks. And a weak February can make it challenging for stocks to fight back.

To see what I mean, here’s the stock market history of the “January effect” in February, thanks to DataTrek. (I have edited to condense.)

1. The SP has posted a modest positive annual total return (from 0.0% to +5%) in only six years over the last six-plus decades, versus an average total return of +12.2%.

2. During so-so years, the SP is usually down in January, but comes back up in February:

My derived takeaway: When the SP performs modestly positive for the year, it starts off negative for January, but it recovers most of those losses come February. So far this year, the index was down 5.3% in January and it has fallen by another 2.5% so far this month.

3. In the below years of modest returns, the SP bottomed for the year between Q2 and Q4. Of course, Q1 ends March 31. Historically, this is when the previous bottoms occurred in the modest return years.

4. On average, the SP is down 11.9% when it hits its intra-year bottom during those six instances.

The bottom line? Even if you think the SP can squeeze out a modest gain (+0% to +5%) in 2022, there’s still likely more pain to come since the index does not typically hit its annual low until at least Q2 during these types of years. As for how much lower that bottom could be, that largely depends on whether the Federal Reserve can hike near-term rates to tame inflation without creating a recession.

And, of course, while these stats are interesting, know that anything can happen and, likely, more volatility is in store.

Speaking of stats: Inflation is a big theme right now, as you would know in reading in my weekly columns. Four in five (84%) Canadians admit to being worried about inflation, and almost two in five (39%) saying they are very worried, according to a Questrade and Leger study. And those not investing (89%) are more worried about inflation than those with investments, it reports.

Goldman Sachs has laid out the potential return scenarios for U.S. stocks in 2022. And yes, they are calling for one of those modest return years. They are projecting a 4% annual return from prices seen this week.

“If inflation remains high and prompts continued Fed hiking that lifts the terminal funds rate well beyond the market and our economists’ estimates, we expect the cost of equity would rise on net and the SP 500 would decline by 12% to 3900.”

“Alternatively, if inflation recedes by more than expected this year and results in fewer Fed hikes, we expect the SP 500 would rise by 24% to 5500.”

“Finally, if the US economy tips into a recession—a question investors have increasingly been asking—the typical 24% recession peak-to-trough price decline would reduce the SP 500 to 3600.”

While it’s hard to predict the future

this framing seems reasonable. Inflation and the response from the Fed is in the stock market total return driver’s seat.

On this side of the border, Canadian stocks (XIC) are essentially flat year-to-date. They are holding up quite well. Here’s the sector performance:

The big Canadian dividend approach is well positioned in 2022, after a very strong year in 2021.

“The index focuses on companies with a history of dividend growth and an ability to maintain it. The index includes U.S.-based securities that pay qualified dividends and have increased their dividend payments over the past five years. To gauge the durability of dividend growth into the future, eligible constituents must display positive consensus earnings forecasts from the analyst community and must also pay out no more than 75% of their earnings in the form of dividends.”

Here’s the list of those seven undervalued dividend stocks. It’s a nice mix across various sectors.

And, yes, dividend growth can help in an inflationary environment, as confirmed by this Morningstar quote from the same above article:

“Last, dividend-growth stocks provide some inflation protection, which is a plus for retirees in particular. ‘Income-focused investors receive a little ‘raise’ when a company increases its dividend,’ reminds Morningstar director of personal finance Christine Benz.”

Moving to 10 years of dividend growth

In the above chart, see the Vanguard Dividend Appreciation ETF (VIG) outperform the market (SP 500) through the correction known as “the great financial crisis” that began in 2008. That ETF tracks the dividend achievers index.

And here’s a look at the venerable U.S. dividend aristocrats, courtesy of Kiplinger. The dividend aristocrats are SP 500 constituents with a history increasing dividends each year for at least 25 years. The index has a history of outperforming the market with lower volatility. That index and list of stocks could also be a consideration for retirees and those seeking a lower-volatility portfolio.

There are 66 current dividend aristocrats, and you’ll find that list of companies within that link above.

There is a U.S. Dollar dividend aristocrat ETF (NOBL).

For our U.S. stock portfolio, my wife and I have 17 dividend achievers. And 10 of those companies are also on the aristocrat list. My research has demonstrated that lower volatility dividend growth stocks are modestly superior for retirement funding. Those dividend growth stocks can work in concert with bonds, cash, commodities and real estate investment trusts (REITs).