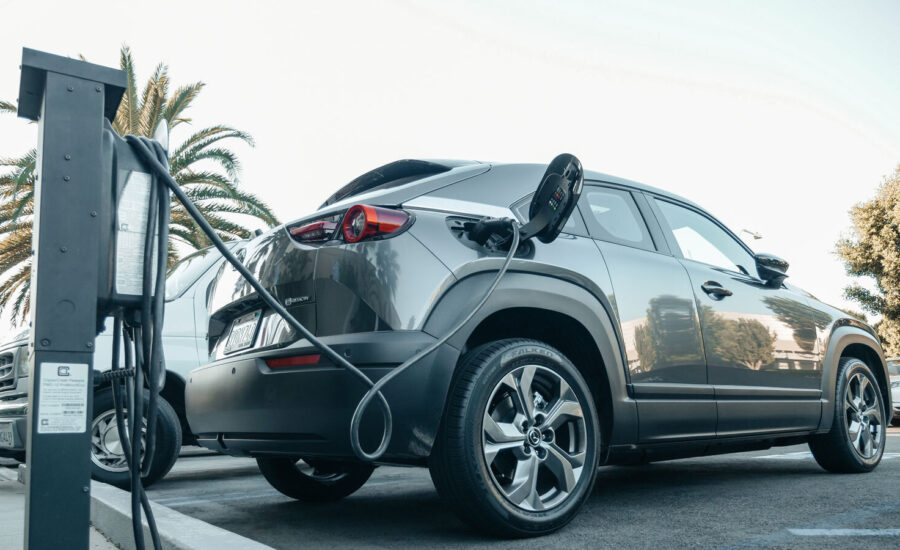 Making sense of the market this week, November 7

Photo by Kindel Media from Pexels

October delivered 7% gains for the U.S. market (SP 500). That topped the 5% offered in May 2021. Canadian markets, as measured by the SP Capped Composite, returned 5% for last month. These are crazy times for most markets, as 7% would be classified as a solid year for stock markets. We received that 7% in just one month.

International developed markets, the EAFE Index, was essentially flat for the month. EAFE is an acronym for Europe, Australasia and the Far East.

As I wrote in last week’s “Making sense of the market” column, market history suggests that more solid gains are on the way for this November and December. But, of course, anything can happen with the markets, and that was admittedly a look at the seasonality of market returns—“just for fun.” (Read the column and you will see what I mean.)

Markets stalled late last summer and early fall, but as I’ve often written for MoneySense, robust earnings were just the boost the markets needed. Companies on both sides of the border have been delivering very strong, and mostly consensus-beating, earnings and revenue growth in the third quarter of 2021.

This chart shows that consumer discretionary, energy and growth stocks led the way in October for U.S. stocks.

Liz Sonders at Charles Schwab wrote about it: “You’ve Got to Earn It: Earnings Growth Strong, But Descending.” She offers some fascinating charts, looking at the year-over-year earnings trends by sector.

“Growth is expected to continue its deceleration into the first half of next year. From a sector perspective, Energy is clearly the top earnings driver—driven by the “base effects” relative to last year’s pandemic/lockdown era when oil prices briefly fell into negative territory. Aside from Energy, the highly-cyclical Materials and Industrials sectors top the rankings, with the defensive Utilities and Consumer Staples sectors bringing up the rear.”

Back in July, I looked at the peak-growth rates for stocks. Peak growth does not mean “things are bad”—it signals that the best news is behind us. (That is why it’s called a “peak,” after all.) This can start to weigh on stocks as the markets are very forward thinking. These days, investors are embracing the current good news earnings story and driving markets higher.

See a few of the charts referenced above in this tweet from Sonders.

In the sector performance chart, you’ll see that inflation-friendly energy, financials, real estate and technology led the charge in 2021. And, Sonders looks for mention of valuations for U.S. stocks and a heatmap chart is referenced in this quote:

“Although the forward P/E has retreated along with the surge in earnings, relative to history, it remains in the expensive zone. In fact, […] most valuation metrics are in the red zone; with the exception of those which look at equity market valuation in the context of the bond market and/or interest rates.”

U.S. stocks are expensive according to Sonders, but they are cooling off a bit on that overvaluation metric. And given the returns of bonds these days, stocks look pretty good. Also known as TINA: There Is No Alternative (to stocks).

We’ll see if TINA also can stick around for November and December.

Cramer’s five unstoppable themes for the rest of the year

Jim Cramer is more than just an interesting cat. A former hedge fund manager, he is now the host of the talk show Mad Money for CNBC, which is more like an American football halftime assault on the senses, with calls made in split seconds. Like with opinions around investing in bitcoin, the subject of Cramer is sure to form divisive camps of thumbs up or thumbs down.

You can make up your own mind, and we’ll keep score of Cramer’s prediction of “5 borderline unstoppable themes for the remainder of 2021.” Here they are:

I can’t say I disagree with the prioritizing of these five things, and those investment themes have certainly been explored in my column. I would agree with what I see as these “undeniable trends.” This isn’t rocket surgery (this malaphor is very intentional). These trends are all unfolding in obvious fashion right before our eyes.

These are more than just themes for the remainder of the year. They might be seen as long-term trends, especially number 1 through number 4. And, if you see them as long-term trends, then you might embrace each one with patience for returns over the coming decade or more—not the next two months.

Technology and the environment affect and shape this entire list. Readers will know that I’m a big fan of the oil and gas sector for my investments. And, yes, I am also a big fan of the planet: The two are not mutually exclusive. As an investor, I embrace the energy reality.

All said, we know there will be a more meaningful green energy shift in the future, and the oil and gas theme is likely to have an expiry date. At least I hope so, for the sake of the planet.

This is a good post from CNBC. And Cramer offers ideas on how to gain exposure to those themes. You’ll find many ETFs make these themes accessible to you. In Canada you might look to Evolve ETFs, Horizons and Harvest Portfolios Group to name a few.

Jonathan Chevreau, MoneySense’s investing editor-at-large, looked at Cramer’s COVID-themed stay-at-home portfolio. From my observations, the portfolio idea did quite well. It was a timely call on a structural shift on how we spent money during the early stages of the pandemic.

Fun with FAANG and acronyms

Cramer is also the creator of the famed FANG/FAANG acronym. And he’s suggesting to evolve the moniker to MAMAA, with each of those letters standing for Meta, Apple, Microsoft, Amazon and Alphabet (Google). Not to be outdone, Motley Fool analyst Bill Mann is suggesting MANAMANA, which adds Adobe and Nvidia to the usual list.

Amazon (AMZN) is about to deliver electric vehicles (EV) to Amazon. Let’s hope they get the address right!

“Amazon-backed Rivian is developing commercial last-mile delivery vans for Amazon, which has said it plans to have 10,000 vans on the road by 2022 and 100,000 by 2030. Rivian also beat Tesla, GM and Ford to the market with an electric pickup, the R1T, which has received early acclaim.”

And, the EV parade continues:

“The valuation would make Rivian the titan among a crop of electric vehicle start-ups and recently public companies from the U.S., including Fisker, Lordstown Motors and Lucid, and would put it on par with Chinese electric vehicle maker Nio. It would also mean Rivian is only slightly less valuable than traditional automotive giants such as Ford, which is an investor in Rivian; Stellantis, which was created from the merger of Fiat-Chrysler and PSA; and GM.”

There seems to be no stop light for the rush to electric vehicles.

And the greenbacks and other green money will flow to the clean energy sector as well. But we should remember an EV is only as good or clean as the power source that it plugs into.

At the 2021 United Nations Climate Change Conference (a.k.a. COP26), the world’s largest asset manager BlackRock (BLK) raised US$673 million for a climate-focused infrastructure fund that will focus on clean energy projects for emerging markets.

“Emerging economies, including countries across Africa, Asia and Latin America, will need around $1 trillion a year out to 2050 to help them transition to a low-carbon economy, BlackRock said. In 2020, just $150 billion was invested, excluding China.”

There is growing pressure on banks and financial asset managers to play a role in enabling the green transition. Reuters quotes BlackRock CEO Larry Fink:

“We could have raised a lot more, and this is a great example of leveraging what public capital can do,” Fink said. He also backed the concept of energy companies spinning off a portion of their assets and said world leaders should rethink how institutions like the World Bank could be reformed to harness more private-sector lending. “We’re going to have to change finance,” he said.

This pressure to move green could be seen as an opportunity, or perhaps even a risk, for asset managers, if money is “forced” to fund unprofitable ventures.

This year has shown us that we are currently not shifting very efficiently toward being greener. Thanks to underinvestment in traditional energy sources, we are seeing price spikes in oil and gas, along with energy shortages.

Search the words “energy crisis” on Google, and you’ll get a few million research opportunities on the current state of the environment.

It’s not that there are no viable green energy solutions available. I was very encouraged to find this article “Explaining the Exponential Growth of Renewable Energy.” The World Resources Institute reports that wind and solar are becoming more and more cost-competitive with traditional energy. In 2010 ,wind and solar made up 1.7% of global energy generation. That’s climbed to 8.7% in 2021.

“Falling costs have been the biggest factor in the explosion of renewable energy. Since 2010, the cost of solar photovoltaic electricity has fallen 85%, and the costs of both onshore and offshore wind electricity have been cut by about half. Both of these renewable sources are now cost-competitive with fossil fuel electricity.”

Have a read and think of it as your homework for the week. I’ll shine more light (and offer more bad puns) on the solar and renewables space in future columns.

Of course, never take one opinion or one post as gospel. You will find opinions and stats are all over the place when it comes to clean energy and the environment. Employ that very important critical thinking.

Meanwhile, back at the oil patch

Some Canadian energy producers have reported results this week. The free cash flow gushers continue in the Canadian oil and gas patch. They are paying down debt, buying back shares and juicing those dividends.

Canadian Natural Resources (CNQ) delivered on every front. It increased its dividend by 25%.

Paramount Resources announced a tripling of its dividend.

Tourmaline Oil (TOU), a leading natural gas producer, delivered a record free cash flow and increased the regular dividend by 5.9%. And TOU recently delivered some very generous special dividends, and it plans to keep those special dividends flowing over the next several quarters.

As I’ve suggested—for several months now—many analysts see the oil and gas sector as the greatest source of dividend growth in the near future.

That is more than playing out to script.

Are Canadian bank dividend increases on the way?

On Thursday, November 4, 2021, Canadian banks, and other financial institutions, finally got the go-ahead to increase dividends and buy back shares. During the pandemic, they have been restricted from these activities by the Office of Superintendent of Financial Institutions (OSFI), the banking industry’s regulator.

From the OSFI press release  …

“Beginning today, institutions may again increase regular dividends and executive compensation. Additionally, subject to the existing requirement for Superintendent approval, they may once again repurchase shares.”

There has been generous speculation as to how generous the dividend increases might be, especially for the big Canadian banks.

“Banks will want to use some of that capital to invest in their existing businesses, and some may want to pursue acquisitions. But as a group they have sufficient capital and profit to support dividend increases of 20 to 25% on average over the coming quarters, said Rob Wessel, managing partner of Hamilton Capital Partners, in a recent note to clients.”

“To restore typical levels of shareholder payouts, he estimates dividends would need to increase 38% at National Bank and 32% at BMO.”

Recently on my own site, I reported how the big Canadian dividend stocks were back to beating the market. This news might help that cause even further. We’ll see if those dividend increases were already priced into the stocks.

Investors should be more than happy to receive those bigger dividends. Especially those retirees that count on the big bank dividends to help fund retirement.

Dale Roberts is a proponent of low-fee investing and he blogs at cutthecrapinvesting.com . Find him on Twitter @67Dodge .