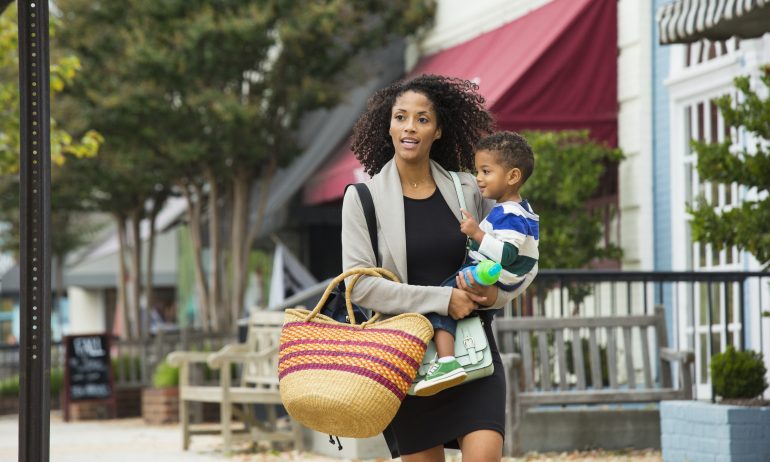 Investing for Parents: Save for Retirement, Avoid These Mistakes

One of the first times I started to panic about money was when I found out I was pregnant in 2017. I had zero dollars in an emergency fund, no retirement savings , and I wasn’t earning enough to support a baby as an underpaid freelance writer. 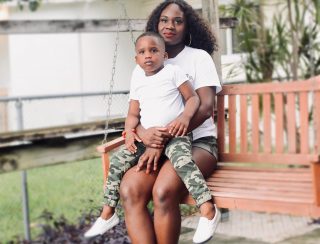 In several articles I read about "easy ways to make money," investing was an option. However, I always skipped past that suggestion because I wasn’t a whiz at math. It also felt like an income stream reserved for more insightful people with excess cash.

Once I finally accepted that there was no get-rich-quick scheme for me, I circled back to investing. It seemed to be one of the few ways to save for my son's future and build wealth over time. I made many mistakes when I started, because who has time to learn how to pick an exchange-traded fund when you have a tornado for a toddler, a full-time job, and can barely stay awake long enough at night to engage in a hobby?

A few random ETFs and lots of self-educating later, here is what I think every parent should know about investing for retirement.

Invest for yourself first

Some parents often think they have to be altruistic, putting their needs after those of their kids. As one of those parents, saving for retirement was at the bottom of my priority list. Plus, I believed I needed to earn tons of money to get started. I later learned this wasn’t the best approach.

Anjali Jariwala, a certified financial planner from Fit Advisors based in Los Angeles, says establishing a habit of putting money away for retirement is crucial.

“Sometimes, there might be this notion that you're being selfish because you're prioritizing your needs over your child's needs. And that's not the case,” she says.

Within the first year of having my son, I opened a savings account for him and started contributing to it, but I put nothing away for retirement. According to Jennifer Weber, CFP and vice president of Weber Asset Management based on Long Island in New York, this is a common mistake parents make.

“What I like to tell parents is that there are loans for college and school, but there are no loans for retirement,” Weber says.

Making sure my son had the best chance at life was important to me, but I wasn't thinking about what a liability I could be if I didn't save enough for retirement. Shifting my mindset this way helped minimize the guilt of prioritizing my financial future.

Weber, also a parent, says her work motivated her to bulk up her retirement savings.

“Working with lots of clients and hearing stories about taking care of aging parents, I feel strongly that I don’t want to be a financial burden on my children when they grow up,” she says. “To prevent this, we are really focused on saving and investing as much as possible. It’s not always easy since raising kids is expensive, but we try our best and understand the more we save now, the better off we’ll be in the future.”

Weber suggests getting close to maxing out your retirement accounts or saving 10%-15% of your income for retirement and saving whatever surplus you have for your kids.

When my son was born, family and friends came bearing cash gifts, which went into his savings account. Well, most of it. I would have invested the money in a custodial brokerage account if I knew then what I know now. But, it felt like cash was the safest option because I didn't want to take any risks as a new parent. Still, cash is not king when saving for the long run because inflation is real.

“They might keep all of their savings in cash, which is hurtful in the long run because you're missing out on [the] time value of money and compounding your money,” she says.

If you’ve put enough away for retirement, Weber recommends researching 529 plans and looking for in-state options because you could be eligible for state tax deductions. She also says parents can start with automatic deductions from their paycheck to the 529 so they don’t have to fixate on contributing.

“I also like to tell parents that the 529 plans are great,” she said. “Grandparents and other family members can gift [cash] instead of buying toys or clothing. They can send out a link to their child's 529 plan and have family members contribute to that plan.”

One of my first investment accounts was a brokerage account, and I had no clue how to invest the cash.

I bought the first few stocks based on Warren Buffet’s advice about investing in things you use and understand, but I didn't research.

Another strategy I used was joining an investing group on Facebook and buying whatever everyone said was hot. This was not a brilliant strategy because I was essentially guessing, not making informed investment decisions.

It probably would have been better to focus on passive investing using vehicles such as ETFs to start. Exchange-traded funds are a bundle of investments like stocks or bonds that make it possible to invest in multiple securities in one go. So you don't have to worry about individual stock picking when choosing the ETF route.

Kaya Ladejobi, a CFP from Earn Into Wealth based in New York City, says stock picking isn’t suitable for everyone, especially those just starting who have less money to invest and haven’t done the research. Otherwise, it turns into gambling.

“There's a lot of detail that goes into making individual commitments in that way — most of us don't have the time. And then after that day job, we have job No. 2, which is parenting. So there's no time to be picking out and vetting and watching and monitoring individual names for the average person,” she says.

For busy parents, Jariwala recommends investments such as mutual funds, in which professional fund managers buy securities for you while creating a diversified portfolio. These investments can also be featured as target-date funds, in which asset allocations are conservatively adjusted over a set period.

“They'll do all the work for you,” Jariwala says of target-date funds. “So they're gonna rebalance. They're gonna become more conservative. You just pick the year of the fund, which is your year of retirement, and then everything takes care of itself. There's also model portfolios you can do.”

My first instinct was to throw all of my money into investment accounts when I first learned about compound interest since I was so behind on saving for retirement and my son’s college fund. After creating a budget and calculating the many unexpected expenses of parenting, I realized being cash poor wasn’t the way forward. I needed an emergency fund, a cash stash reserved for large and unexpected expenses. A good rule is to save three to six months of living expenses in your emergency fund.

Jariwala says when saving and investing for the future as a parent, it’s crucial you plan for ongoing expenses, be it after-care, extracurricular activities or new clothes.

“When we had our daughter, we had a really large expense because we had a full-time nanny and I always thought, ‘Oh, OK, well, when she's in school, we won't have a nanny cost.’ Costs will come down, but one cost is usually exchanged for another cost,” she says.

Be strategic about how you invest

When I first started investing, I threw all of my money into a 401(k), not understanding other investment tools may be more favorable tax-wise, such as a Roth IRA.

Jariwala suggests using a particular order to invest. She says parents should contribute enough to their 401(k) to get the company match, then fund and max out a Roth IRA (if possible), and finally, go back to maxing out their 401(k) if they have money left over.

“Once you have money above and beyond that, that's when you want to start looking at ‘What are other goals I have in my life that I want to fund?’” she says.

I am not yet in the position to fund other goals, but at least I have a strategy to work toward, and I know it will benefit both my son and me in the future.

Ladejobi, a mother, perfectly summarizes why prioritizing your retirement is necessary as a parent.

“A lot of times it's helping parents understand that they have to put their own mask on first and save for their own retirement because ultimately, it's a gift to their kids.”