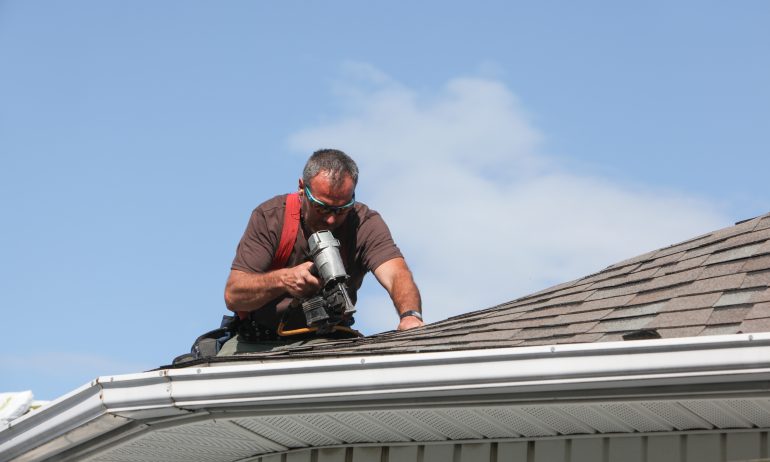 For people with poor credit, buying a house can be challenging — and expensive. Once you find a lender that’s willing to offer you a mortgage, you’ll probably have a higher interest rate than someone with good credit. And you could also pay significantly more for homeowners insurance.

A NerdWallet rate analysis found that a person with good credit would pay $1,784 per year for homeowners insurance, on average. But in most states, someone with poor credit would see an average premium of $3,142 per year — more than 76% more.

Each insurer has its own definitions of “good” and “poor” credit, but they’re generally in line with traditional credit score ranges. A good credit score typically falls between 690 and 719, while below 630 is considered a bad score.

Using credit to set homeowners, renters, condo and mobile home insurance prices is not allowed in California, Maryland and Massachusetts.

Since the 1990s, insurance companies have used credit-based insurance scores to help measure how risky someone might be to insure. Companies can use these scores to set your rates or to decide whether to sell you a policy at all.

A credit-based insurance score is similar to a traditional credit score but weighted a bit differently. Both scores look at factors such as how much debt you have and whether you’ve made payments on time.

Unlike your mortgage lender or credit card issuer, insurers generally aren’t using your credit history to judge your ability to pay your premiums. Instead, they’re trying to predict how likely you are to file a claim. Studies have shown that those with lower credit-based insurance scores are responsible for a higher share of claim payouts.

A greater chance of filing a claim means a greater risk for the insurance company — and a higher rate for you.

Is it fair to use credit history to set home insurance rates?

Some consumer advocacy organizations have spoken out against the use of credit in setting insurance rates. They argue that the practice has an unfair impact on people of color, who often have lower credit scores than white people, as a group.

The COVID-19 pandemic has only worsened this racial gap. Minority households were more likely to lose employment income and to struggle with making mortgage payments during the pandemic, according to a study from Harvard University’s Joint Center for Housing Studies .

To ease the financial impact of the pandemic, some state insurance commissioners took steps to minimize the role of credit in insuring pricing. For example, in Nevada, an insurer can’t raise your premium or deny you coverage based on credit score changes on or after March 1, 2020.

In Washington, the insurance commissioner attempted to set a three-year moratorium on using credit information to set rates for auto, homeowners or renters insurance. However, the ban has been tied up in the court system and hasn’t yet taken effect.

The most affordable companies for homeowners with poor credit

*American Strategic is a subsidiary of Progressive .

**Armed Forces Insurance and USAA generally serve the military community. Their policies are not available to all homeowners.

How to pay less for homeowners insurance

Shop around. The best way to find more affordable insurance is to check rates from multiple companies. You can get homeowners insurance quotes online or ask an independent agent to shop around on your behalf. Double-check that each quote has similar coverage amounts and deductibles to ensure a fair comparison.

Improve your credit. In the longer term, improving your credit can save you hundreds of dollars a year on homeowners insurance. Paying your bills on time and using less of your available credit can help. Learn more about restoring your credit .

Ask about discounts. Check with your insurer or agent to make sure you’re getting all the home insurance discounts you’re eligible for. Many carriers offer savings if you bundle multiple policies (such as homeowners and auto) or have protective devices such as burglar alarms or smoke detectors.

Does your credit score affect other insurance rates?

Does getting homeowners insurance quotes affect your credit score?

When you shop for insurance in most states, an insurance company will do a “soft” inquiry, which doesn’t affect your credit score. That’s different from a hard inquiry, a more thorough review of your credit that can take your score down by a few points. Learn more about hard and soft credit inquiries .

What credit score do I need to buy a house?