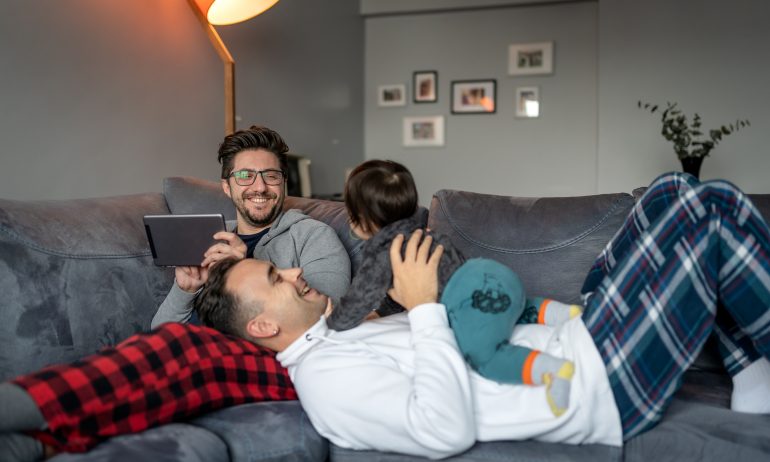 75% of Americans Have Hesitations Around Buying Life Insurance

Life insurance can be an important financial safety net for many Americans, but 3 out of 4 (75%) have hesitations when it comes to buying coverage, according to a new NerdWallet survey.

The online survey conducted by The Harris Poll in February 2022 focuses on consumer sentiment surrounding life insurance. It involved over 2,000 U.S. adults ages 18 and older, among whom 869 have purchased a policy. We asked why people buy coverage, what features they prioritize, and what concerns they may have. Worries about affordability (27%) and picking the wrong type of life insurance (20%) are among the most common hesitations.

“Life insurance can be confusing, but the concept is simple: it’s there to give your loved ones a financial safety net when you’re gone. Understanding how life insurance works can help you to make the best decisions for your family with confidence,” says Katia Iervasi, life insurance specialist at NerdWallet.

Less than half of Americans have bought life insurance

Whether it was through a life insurance company, broker or employer, a little less than half of Americans (47%) have purchased a policy.

Americans are more likely to buy coverage on the open market than through the workplace, according to NerdWallet’s survey: Roughly one-third of Americans (36%) bought policies through life insurance companies or brokers. Less than half that proportion (15%) bought coverage through employers.

“Life insurance offered by employers is a great ‘work perk,’ but it has its downsides. Group policies usually aren’t portable, which means you can’t take your coverage with you if you quit or switch jobs,” Iervasi says. Buying coverage on the open market means your policy isn’t tied to your job and applies no matter where you work.

A deeper dive reveals that younger generations who have not purchased a policy are less likely to feel confident in their ability than older generations: 32% of baby boomers who have not purchased a policy feel very confident in choosing the right type of policy, compared with 13% of Generation Z (ages 18-25), 20% of millennials and 15% of Generation X (ages 42-57).

Coverage is often cheaper the younger you are, so it can be important to get familiar with life insurance products at a young age. “It’s worth taking the time to learn about the different types of life insurance and who they’re best suited for. From there, you can figure out which policy to buy and how much coverage you need,” Iervasi says.

While many Americans who have bought life insurance say they first purchased it at the right time (69%), roughly a quarter (23%) say they should have done so sooner. It is advisable to buy a policy as soon as you identify a need for coverage, especially because rates can increase as you age.

“Life insurance companies reserve their best rates for young, healthy applicants. Why? Because they have a longer life expectancy, which means there’s less chance the insurer has to pay out the policy,” Iervasi says.

“If you’re looking for low-cost life insurance, term life insurance is your best bet. This type of policy lasts a set number of years, like 10, 20 or 30, and the premiums stay the same. Since you know exactly how much you’ll pay each month to maintain your coverage, it can be easier to fit life insurance into your budget,” Iervasi says.

According to the survey, only a small number of Americans say they purchased coverage too early (8%). While it can be beneficial to get coverage at a young age, if your death would not place a financial burden on others, you may not need life insurance .

Most Americans have hesitations about buying life insurance

The survey shows three-quarters of Americans (75%) have hesitations about buying life insurance. And roughly 1 in 4 Americans (27%) say one of their hesitations is not being able to afford the monthly premiums.

Nerdy tip: “When you’re in the market for life insurance, consider working with a fee-only financial advisor to get the most unbiased advice. These professionals can help you to navigate your options, and they’re not driven by commission,” Iervasi says.

The three most commonly selected reasons Americans who bought life insurance did so are to cover final expenses (60%), leave an inheritance to beneficiaries (43%) and cover large debts that others would be responsible for after they pass (35%), according to NerdWallet’s survey. Financial advisors and insurers often cite income replacement as the top reason to get life insurance. But this was the fourth most commonly selected reason (32%) in the survey.

“The main purpose of life insurance is to replace your income and give your loved ones the cash they need to cover expenses and maintain their lifestyles when you’re gone. Having a policy in place can provide your family with a sense of financial security, which is especially key if you’re the breadwinner,” Iervasi says.

Nerdy tip: In general, debts rarely pass to your heirs . If you die with outstanding debt, your remaining assets are used to pay off the balance. If there are not enough assets to pay it off, and no one else is legally responsible for the debt, the balance typically goes unpaid.

Both millennials (51%) and Generation X (48%) who have purchased life insurance are more likely to have done so as a way to leave an inheritance than baby boomers (35%). This was also the most commonly selected reason to buy coverage among millennials.

In contrast, a higher percentage of baby boomers and Generation X who purchased life insurance did so to cover final expenses (67% each) than millennials (49%).

“If your kids are grown, you no longer have anyone relying on you financially, a burial insurance policy might be enough. Also known as final expense insurance, these policies are designed to cover your funeral or end-of-life costs, and not much else,” Iervasi says.

While lifelong coverage may sound appealing, it is not always necessary, especially if a low premium is a top priority. For example, if you need a policy to replace your income during your working years or cover large debts like a mortgage, a 20- or 30-year term life policy may be enough. Permanent life insurance , such as whole life, offers lifelong coverage but can be significantly more expensive than term life as it pays out regardless of when you die and typically includes a cash value investment account .

The reputation of an insurance company was the third most selected feature (41%) of life insurance that Americans consider important. Baby boomers are most likely to consider this feature among the most important (54% vs. 25% Generation Z, 33% millennials and 38% Generation X).

If you want to know what other consumers think about a particular insurer, you can check out customer complaint data from organizations like the National Association of Insurance Commissioners . All of the insurers in NerdWallet’s best life insurance companies list received fewer complaints to state regulators than expected for insurers of their size.

Things to know when shopping for life insurance

There are two main types of life insurance, term and permanent. Term lasts for a set number of years and pays out a death benefit to your beneficiaries if you die before the policy expires. Permanent life insurance, such as whole life insurance , offers lifelong coverage, which means it pays out regardless of when you die, as long as you pay the premiums. Permanent policies also typically include a tax-deferred investment component called a cash value account, which you can tap into while you are still alive.

“But cost aside, buying life insurance when you’re young also offers peace of mind. As you age and hit major milestones like getting married, having children or purchasing property, your life insurance policy will act as a financial safety net. If you pass away unexpectedly, your policy will ease the financial burden on your loved ones,” Iervasi says. You can use online calculators to figure out how much life insurance you need .

This survey was conducted online within the U.S. by The Harris Poll on behalf of NerdWallet from Feb. 17-22, 2022, among 2,067 U.S. adults ages 18 and older, including 869 who have purchased life insurance and 1,198 who have not. This online survey isn’t based on a probability sample and therefore no estimate of theoretical sampling error can be calculated. For complete survey methodology, including weighting variables and subgroup sample sizes, contact Chloe Wallach at cwallach@nerdwallet.com.

NerdWallet disclaims, expressly and impliedly, all warranties of any kind, including those of merchantability and fitness for a particular purpose or whether the article’s information is accurate, reliable or free of errors. Use or reliance on this information is at your own risk, and its completeness and accuracy are not guaranteed. The contents in this article should not be relied upon or associated with the future performance of NerdWallet or any of its affiliates or subsidiaries. Statements that are not historical facts are forward-looking statements that involve risks and uncertainties as indicated by words such as “believes,” “expects,” “estimates,” “may,” “will,” “should” or “anticipates” or similar expressions. These forward-looking statements may materially differ from NerdWallet’s presentation of information to analysts and its actual operational and financial results.